At the start of 2016, we wondered whether this would be the year in which the apologists and proudspreaders would rise up to defend themselves after a concentrated effort by the MTA and other New Yorkers to make men aware of their casual invasion of space in public. While that revolution never took place, manspreading hasn't gone anywhere—according to a new study out of Hunter College, over one quarter of men in the subway are spreading, whether they realize it or not.

The study (which you can read in full at the bottom of the page), assessed the behavior of more than 5,100 straphangers over 21 different subway lines on different days of the week and at varying time intervals between October 6th and November 7th this year. In a previous study, they explained the parameters used to define a spread:

"Manspreading" was defined as a passenger whose legs were spread so wide apart that it precluded someone else from sitting in the space right next to him/her (i.e., taking up space for more than one person). Students were instructed to be conservative in their judgements. If a rider had his/her legs spread slightly apart - but not apart in a pronounced way- it was not considered to be a case of manspreading. To illustrate manspreading, students were shown images of riders engaged in this type of behavior.

Altogether, they observed that 26 percent of men were manspreading—and despite many men's insistence that the issue "self-corrects" as trains became busier, the study concluded that "there was no indication that male seated riders were less likely to manspread as adjacent seats filled up" and the trains got more crowded. 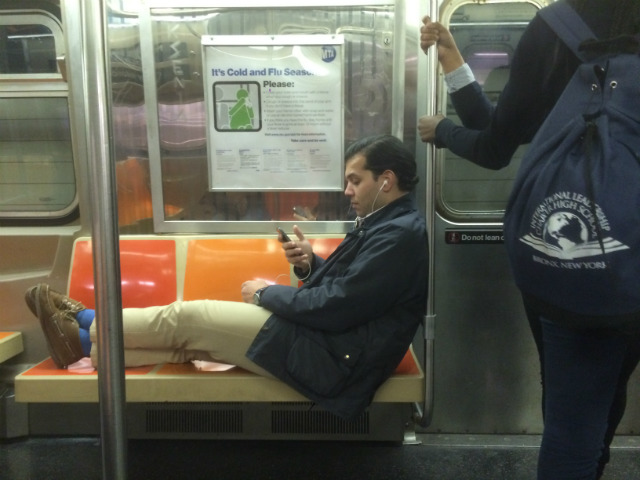 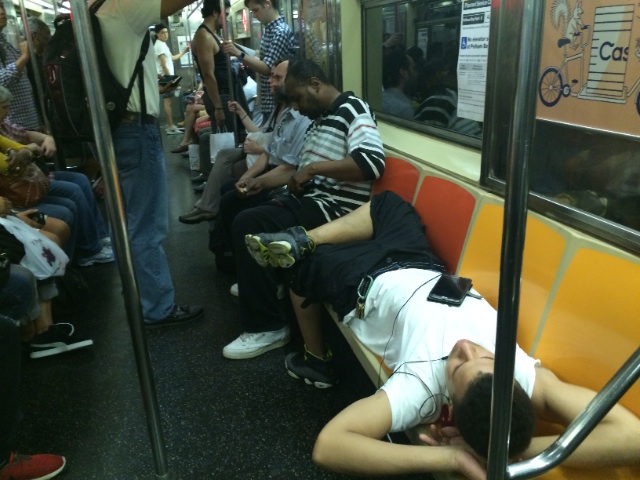 The Hunter College study was directed by Sociology Professors Peter Tuckel and Mike Benediktsson, and Urban Policy and Planning Professor William Milczarski. Those professors collaborated with Hunter students in research methods and data analyses courses in the Department of Sociology and the Department of Urban Policy and Planning. They did a similar study in the spring of this year which cited a Gothamist article on the scourge of manspreading, so take everything with a grain of salt.

Check out the full study below.

#hunter college
#manspreading
#MTA
#subway
#train
#original
Do you know the scoop? Comment below or Send us a Tip