Grab #Tribeca2017 tickets to see the films and artists today that will be making waves in the year to come. 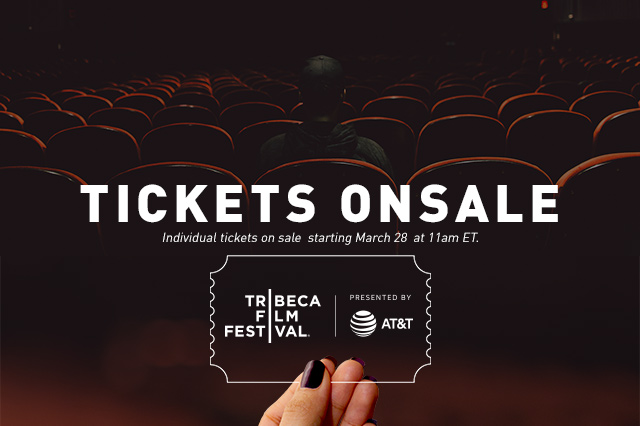 It’s Tribeca’s starriest and most eclectic lineup yet, with 98 narrative and documentary feature films, 57 shorts, 15 talks, 23 Virtual Reality + Interactive Installations, and 15 television events to choose from.

The 16th edition of the Festival includes a dazzling constellation of screenings, concerts, and star-studded appearances, all kicking off with the opening night premiere of Clive Davis: The Soundtrack of Our Lives, chronicling the career and legacy of the fabled record exec and followed by a concert from some of the legends he helped create, including Aretha Franklin. And that’s just a taste of the star-power at this year’s event. Other highlights include a 25th anniversary Reservoir Dogs retrospective with director Quentin Tarantino, a special sneak peak with director Ken Burns of his upcoming documentary, Vietnam, talks with Common, Lena Dunham, Alexander González Iñárritu, and more, plus the red carpet world premieres of indie and studio films alike, starring the likes of Liev Schrieber, Al Pacino, and Cate Blanchett.

Don’t know what to watch? The TRIBECA APP puts the entire festival in your pocket, and its DISCOVER tool is your personal film selection assistant. Available for iPhone and Android.

This post is brought to you by Tribeca Film Festival.

#sponsored post
#tribeca film festival
Do you know the scoop? Send us a Tip