With anticipation building imperceptibly for this year's Smallest Penis in Brooklyn contest, promoters have teased one of the fabulous prizes that will be bestowed upon the winner. In addition to $200 cash and worldwide fame, the champion will get an all-expenses paid date with two "gorgeous" sisters who only care about the motion of the ocean.

Bobbie Chaset, manager of Kings County Bar, which hosts the event, says the two sisters will dine with the winner, and if things go well continue the evening at hipster-approved strip club Pumps. "For guys of small size, this is an unmatched to chance to date two gorgeous ladies who appreciate a man with a littler little guy," Chaset promises. 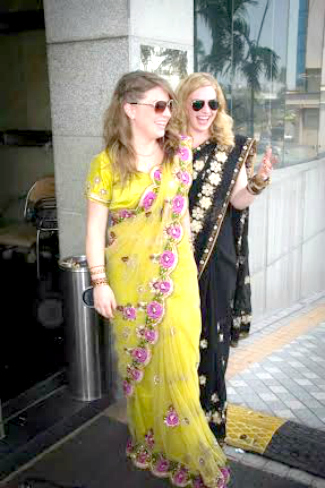 One of the sisters, who asked that her name be withheld for reasons we cannot possibly fathom, said in a press release (yes, a press release), "Smaller men will usually go the extra mile to make up for fewer inches, and that’s something I can appreciate."

So far six men have been approved for this year's contest, including two returning contenders, "Sugar Daddy," and runner up Rip Van Dinkle, who will once again travel from Minnesota to compete. Here is his Facebook page. Asked if anyone had objected to a non-Brooklyn contestant vying for the prize, Chaset said, "I don't think anybody cares."

Last year's winner, Nick Gilronan, made headlines around the world, with coverage in Japan and India. Here's the copy from India Today's preview of this year's contest: "This is one of the last things that you had imagined you would ever see or hear about in your lifetime. But it is true. There apparently exists a 'small penis pageant.'"

Gilronan's triumph last year was using his victory to promote a body positive outlook on life. "For both men and women, [the media] pushes out images of people who just aren't regular normal people," Gilronan told us. "The size of a man's penis does not matter for who he is as a person or in a relationship. Same thing with breast size. We're all made in different shapes and sizes, but the media puts pressure on people to look a certain way. Most people do not look that way. Some people let that false sense of body image upset them and they shouldn't be upset at all. Even worse, some people use those false standards and judge other people. It's disconcerting."

This year's Smallest Penis Contest goes down Saturday June 14th at 2 p.m at Kings County Bar, located at 286 Seigel Street, one block from the Morgan Ave. stop on the L train in Bushwick. $5 cover. Would-be contestants are encouraged to email SPB.Brooklyn@gmail.com ASAP.

#brooklyn
#bushwick
#smallest penis contest
#original
Do you know the scoop? Comment below or Send us a Tip