A "standing" tiger, the "bleeding-heart monkey," and fierce members of the New York Aquarium's brand new, $158-million exhibit are among the subjects of the Wildlife Conservation Society's favorite photographs of 2018.

The WCS shared the images this week, noting that nine of them were taken at the Bronx Zoo, and one at the New York Aquarium. Maybe you can see some of these critters for yourself, since both of these places are open every day for the rest of the year (there are extended hours on New Year's Eve at the Aquarium, too!). Check them out below (captions courtesy of the WCS): 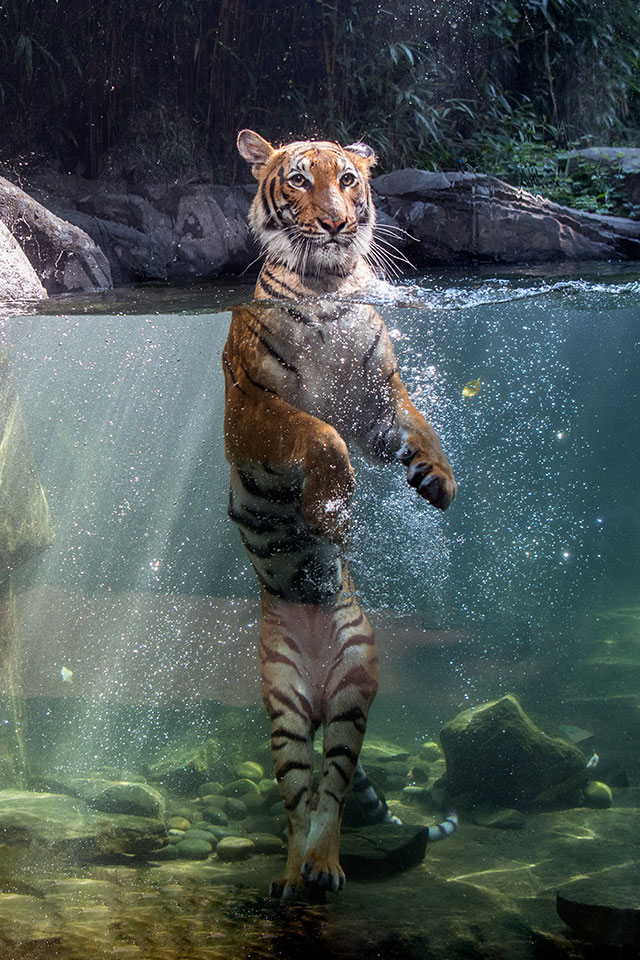 "This photo of a Malayan tiger (Panthera tigris jacksoni) taking a dip in the pool at Tiger Mountain is the winner of the annual Association of Zoos and Aquariums (AZA) photo contest and is the cover of the December 2018 issue of AZA’s Connect magazine." 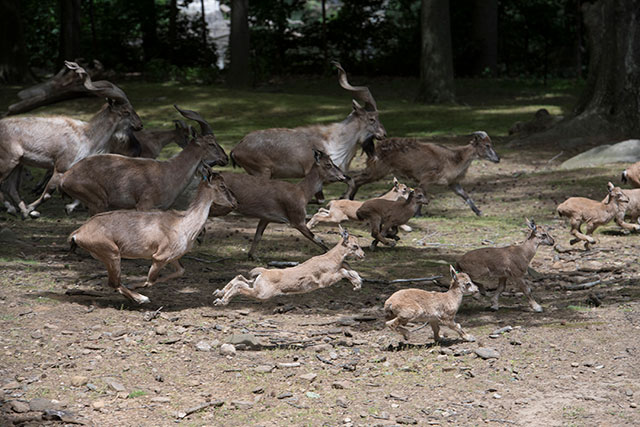 "A herd of markhor (Capra falconeri heptneri), including adult males, females, and several juveniles born this year, are running together across their exhibit. This herd lives in a rocky habitat in the wild and along the Wild Asia Monorail at the Bronx Zoo." 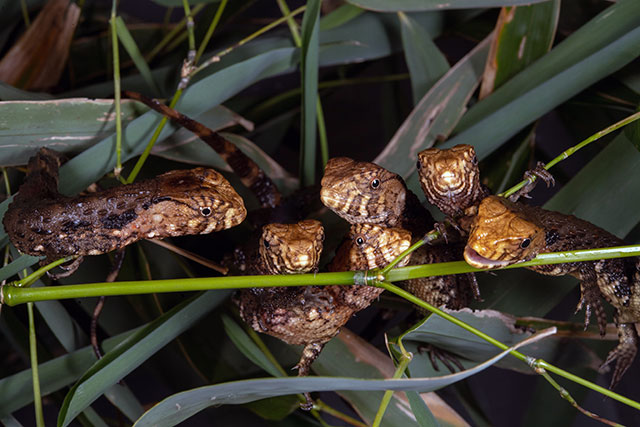 "A group of juvenile Chinese crocodile lizards (Shinisaurus crocodilurus) hatched earlier this year at the Bronx Zoo. The species are on exhibit in the Reptile House." 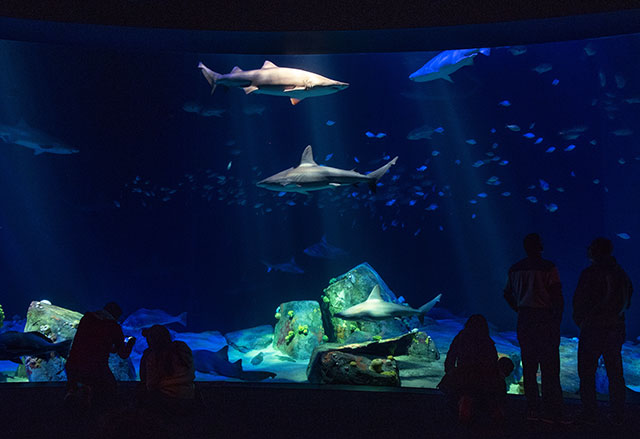 "This shot is obviously not the Bronx Zoo, but WCS opened the long-awaited Ocean Wonder’s: Sharks! exhibit at the New York Aquarium during summer 2018. This photo shows the massive size of the Hudson Canyon’s Edge exhibit which is a recreation of a vital ecosystem and its inhabitants found in the waters off the coast of New York City." 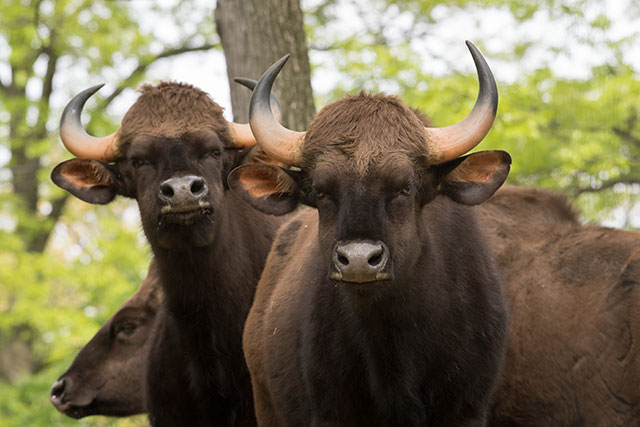 "Gaur (Bos gaurus) are the world’s largest species of wild cattle and are native to India and areas of Southeast Asia. At the Bronx Zoo, gaur can be seen grazing from the Wild Asia Monorail. This photo shows two adults." 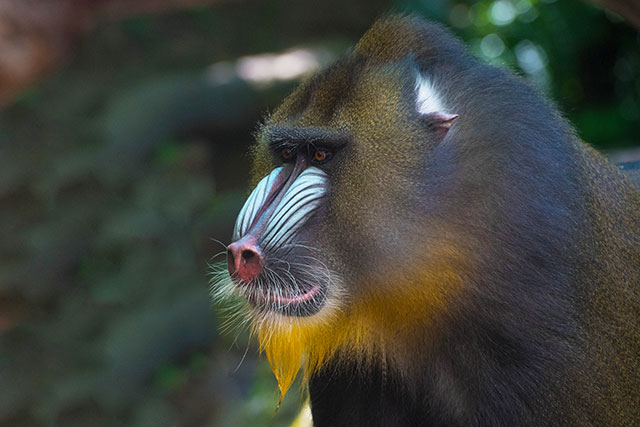 "The mandrill (Mandrillus sphinx) troop in the Bronx Zoo’s Congo Gorilla Forest exhibit got some attention this year for a new baby. This shot is a close-up of the adult male that sired this year’s baby. The males of the species are much larger and more colorful than the females." 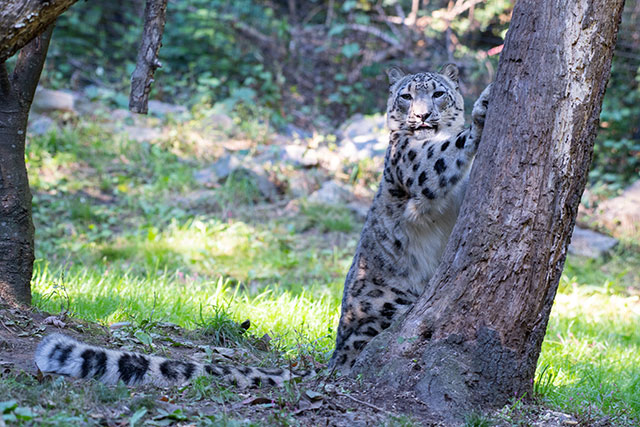 "A snow leopard’s (Panthera uncia) beautiful white spotted coat helps it blend into the rocks and trees within its environment. This shot of a snow leopard at the Bronx Zoo’s Himalayan Highlands is a good example of how that camouflage works." 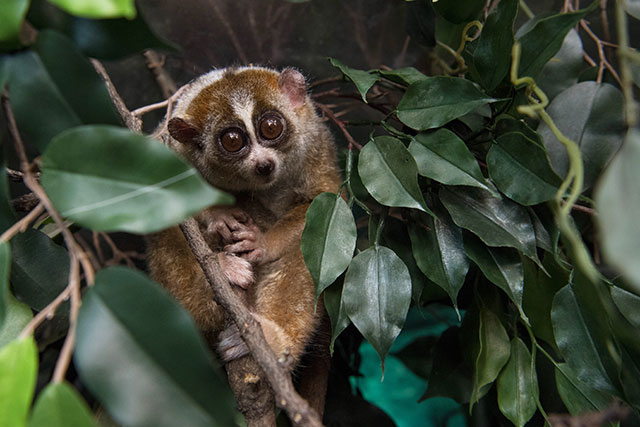 "The slow loris (Nycticebus) is a small nocturnal primate native to Southeast Asia. Their huge eyes are adapted to help them see in dark of night. This slow loris can be seen in JungleWorld if you let your eyes adjust to the dark." 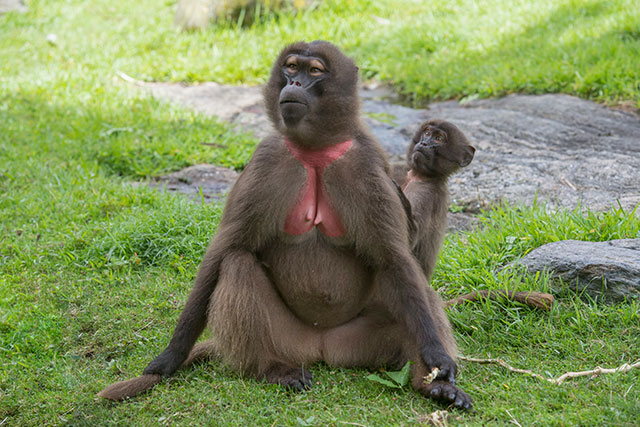 "The Bronx Zoo is the only zoo in North America breeding geladas (Theropithecus gelada). There have been several offspring born in recent years making for a very active scene in the zoo’s Baboon Reserve. The geladas share the exhibit with rock hyrax and Nubian ibex." 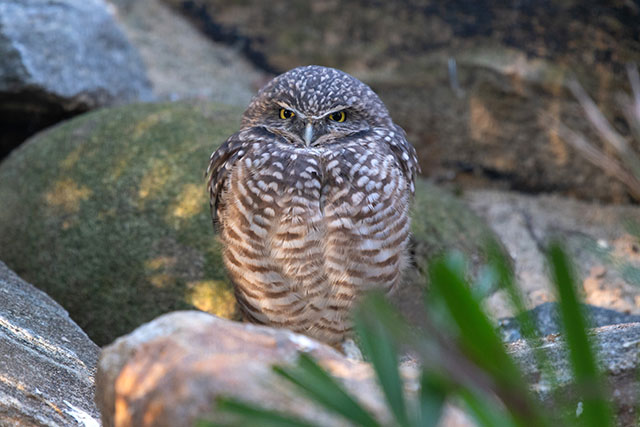 "Burrowing owls (Athene cunicularia) came to the Bronx Zoo from the Queens Zoo in 2017. In 2018, they have already hatched several offspring. The tiny owl species uses burrows created by prairie dogs and other animals to nest and avoid predators."