Sketchy Interviews is a recurring series on Gothamist featuring visual interviews with some of the best illustrators, cartoonists and graphic artists working in the city today. We previously talked to New Yorker cartoonist Roz Chast and Broad City animator/cartoonist Mike Perry. This week, we spoke to John Donohue, a former editor at The New Yorker whose articles and cartoons have appeared in the New York Times and Barron's, and who also edited the NY Times bestseller Man with a Pan: Culinary Adventures of Fathers who Cook for their Families. But you may know him in particular from his project All The Restaurants In New York, a never-ending visual exploration of NYC's culinary offerings (which regularly pops up on those LinkNYC displays). His book on drawing places in NYC will be out next spring; in the meantime, you can check out more of his work here.

What's your favorite item of food in NYC? 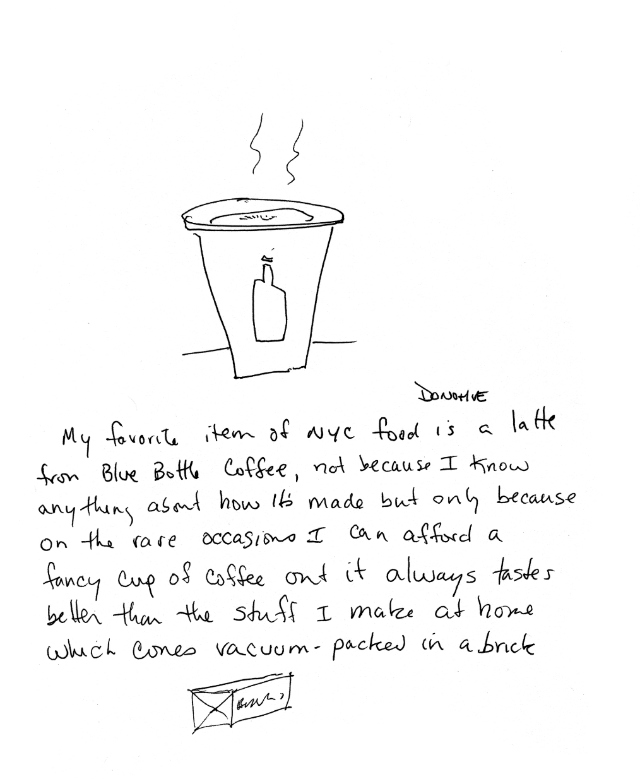 Where is your favorite place to spend a lazy Sunday in the city? 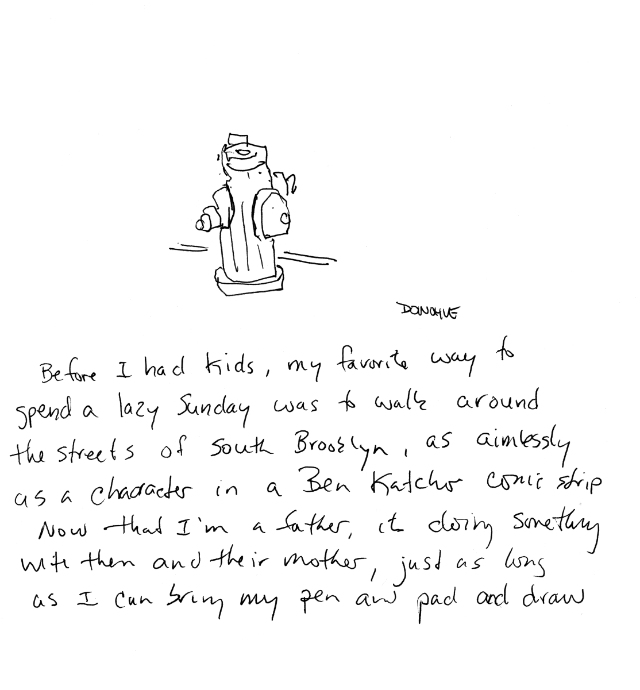 Who is your favorite neighborhood personality? 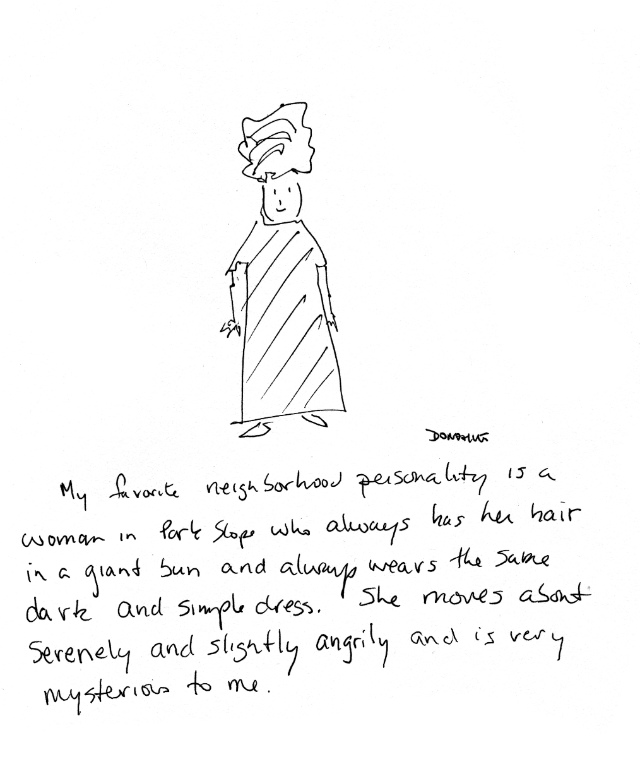 What is your nightmare NYC scenario? 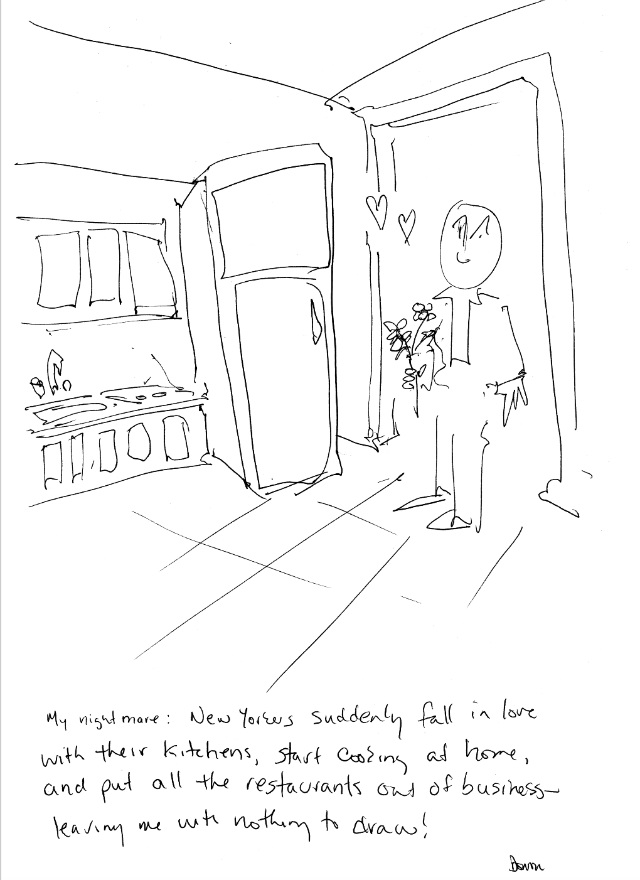 What would be your utopian idea to improve NYC? 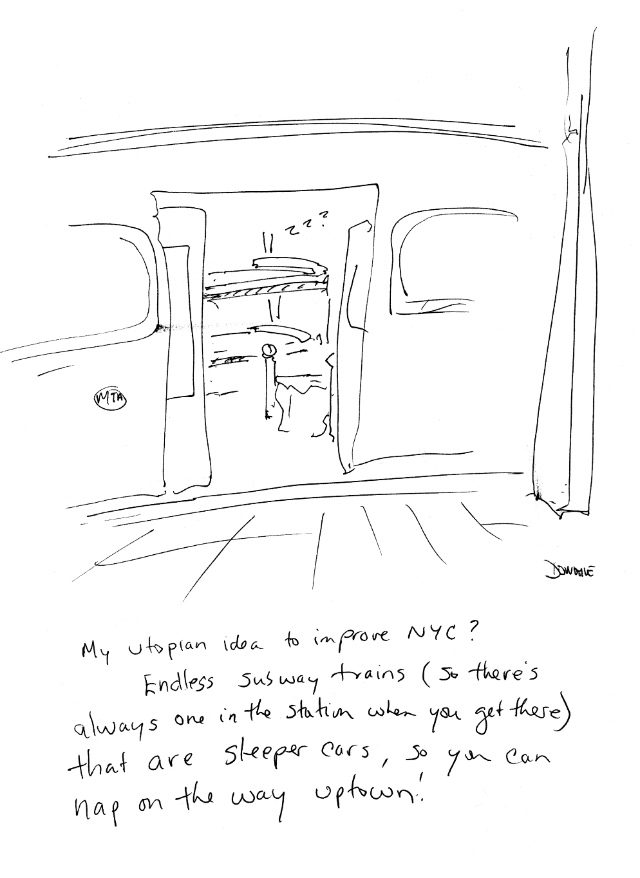