Shia LaBeouf Reportedly Arrested, Escorted Out Of "Cabaret" On Broadway

Reluctant Hollywood star and apologetic artist Shia LaBeouf was apparently arrested during tonight's performance of Cabaret. Broadway World confirmed "that the actor was reportedly disruptive during the first act of the Tony-nominated revival, and then escorted out by police during intermission." Update, 10:53 p.m.: The NYPD says he's still in custody at the Midtown North Precinct. Oh, and he was smoking and acting in "disorderly manner."

Broadway World adds, "Those on the street tell us that LaBeouf was in tears when taken away by police." Update: Now there are reports that he was smoking and "acting belligerent. 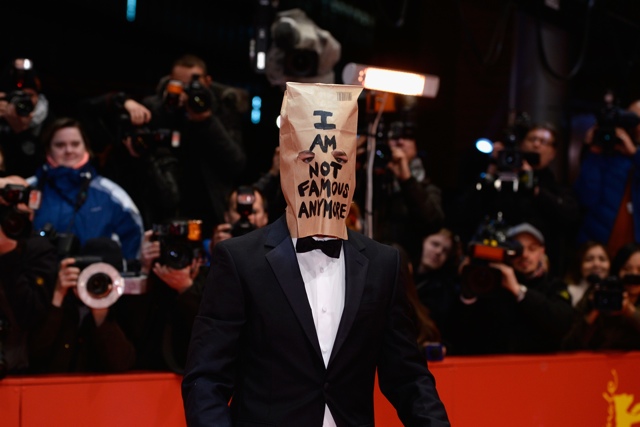 Danny Burstein, who plays Herr Schultz in the musical, wrote on Facebook, "Ladies and gentlemen, this is your places call for Act II. Also, to let you know, Shia LaBeouf has just been escorted from the building in handcuffs. Yep, that just happened."

And Benj Pasek, a Tony-nominated composer, was there too:

Just saw Shia LaBeouf in handcuffs in tears surrounded by 6 police officers outside of CABARET the musical. Oh New York, u is a crazy bitch

When asked if the NYPD could confirm whether LaBeouf had been arrested, a spokesman told us, "I cannot confirm that... as of yet." The LA Times' Ryan Parker Tweeted, "NOW: CONFIRMED: Shia LaBeouf is in NYPD custody after being escorted out of CABARET the musical. He is being questioned, police tell me."

Page Six has some crazy details:

Sources said that the “Nymphomaniac” actor was annoying other theater goers by slapping random people on the behind and on the back of the head. He was also smoking.

When cops approached him, he tried to quickly walk away, but fell, so he was taken off in handcuffs as a crowed of shocked patrons looked on.

At the Midtown North precinct he got belligerent with officers, telling cops who were about to remove his hand cuffs: “F-k you. I’ll f- -k you up,” sources said.

Cops decided to not take the cuffs off and he started spitting, prompting officers to put him in a face mask.

A spokesperson for Cabaret said

, "He was disruptive during act one and escorted out of Studio 54 at intermission."

Well, as Alec Baldwin once said of LaBeouf: Theater "isn't for everyone."

#arrest
#Cabaret
#disruptive
#handcuffs
#not famous
#Shia LaBeouf
Do you know the scoop? Comment below or Send us a Tip