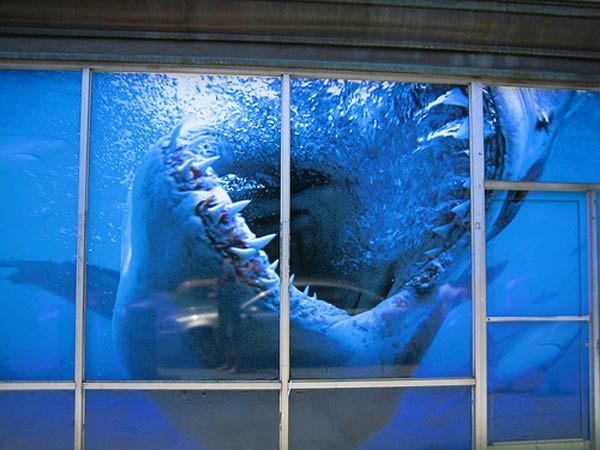 If you were looking at the Gothamist Newsmap, you might have noticed this alert: "Shark Sighting | Beach 108th St X Ocean Side Queens, NY | 9/1/2007 11:41 a.m." Well, we guess the sharks wanted to make an appearance before the beaches closed for the year!

Swimmers were evacuated and the Parks Department closed the beach and bay (for how long, we're not sure). WNBC says the police and Coast Guard are at the scene, and NY1 reports "some beachgoers approached the creature and pushed it back into the water." Jeez, does that mean it was alive?!?