Yesterday afternoon, for the 14th year in a row, the NYC subway system was flooded with people—young, old, fit, less so—who were not wearing any pants. You were warned.

The Improv Everywhere crew started the No Pants Subway Ride as a frivolous "happening" way back in 2002. The event began humbly; in its inaugural year there were only seven pantless riders, all male, plus a lone, surreptitious camera guy.

It's much more of a party than a prank these days, drawing thousands of armchair exhibitionists (in many cars the pantless outnumbered the panted by a significant margin though, fortunately, the manspreading was minimal) and NYPD escort squads (all of whom wore pants). After 14 years the stunt still somehow elicits giggles and the occasional jaw-drop from surprised passengers. 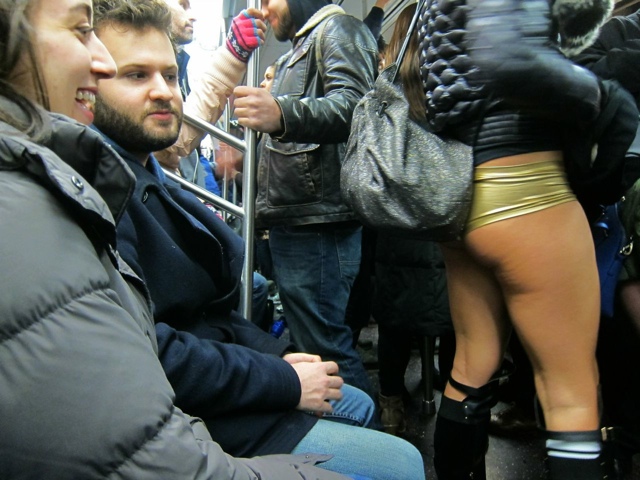 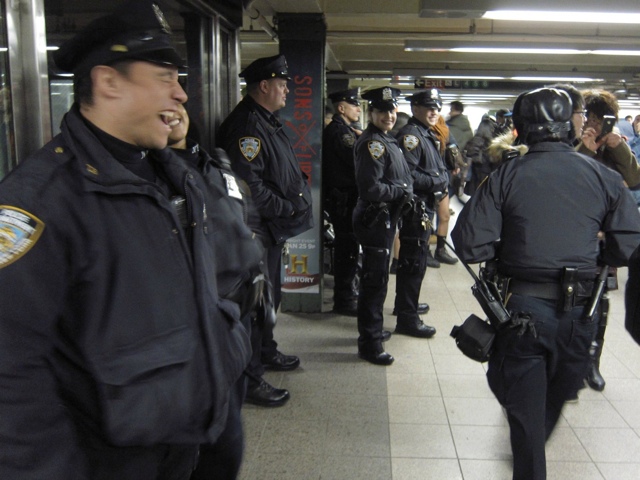 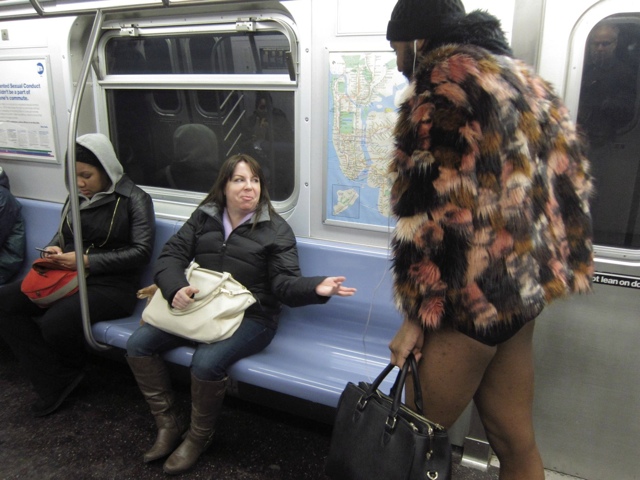 For yesterday's festivities, seven separate No Pants teams entered the subway system from starting points in Manhattan, Queens, and Brooklyn. After riding the trains half-naked for about 45 minutes, everyone converged upon Union Square, where there were conga lines, dance-offs, circle twerks, general giddiness, and a hundred million photos.