Photographer John de Guzman has been wandering the dark city at night, documenting what he sees on Flickr and Instagram. These photos, however, were taken from above the streets and sidewalk, and on top of the Empire State Building. They show the sharp contrast between the half of the city with power, and those still left without. 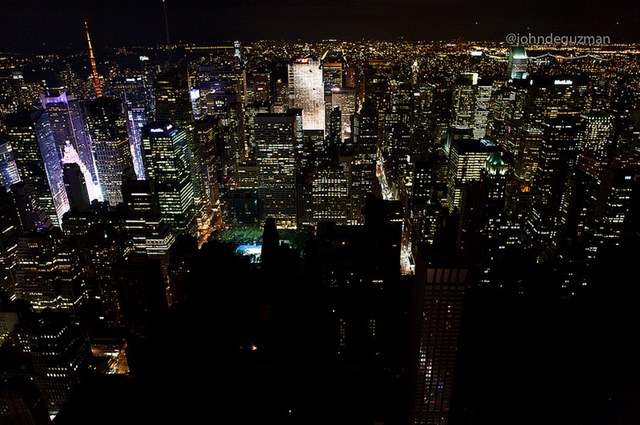 The Empire State Building is operating under normal hours, so if power isn't restored by tonight you can see this for yourself between sunset and 2 a.m.

#empire state building
#hurricane sandy
#John de Guzman
#power
Do you know the scoop? Comment below or Send us a Tip