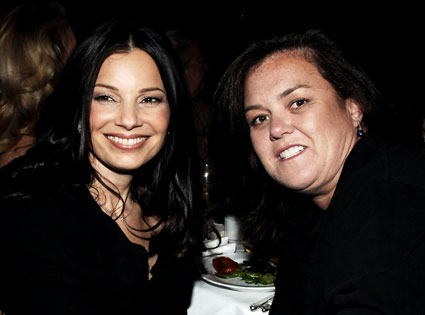 One more reason not to watch television, coming soon to a TV near you! amNewYork is reporting that "two of television's most recognizable voices (to put it very, very, very mildly and kindly) are coming together: Rosie O'Donnell and Fran Drescher."

The sitcom will be Manhattan-based and called The New Thirty; geared at the midlife crisis-set, the two will play old high school friends living in the same apartment building. Drescher described it as being similar to Sex and the City "but we ain't getting any."

Rosie hasn't been on the air since she left The View about a year ago, just after Drescher left the small screen when her show (that we just found out existed) called Living with Fran ended. If the show gets picked up, there is reportedly going to be a third cast member joining the two.

#fran drescher
#Rosie O'Donnell
#sitcom
#television
#The New Thirty
#tv
Do you know the scoop? Comment below or Send us a Tip