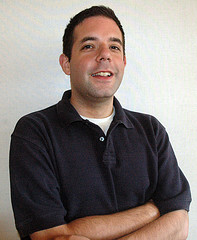 Not too long ago Ronen Givony started the Wordless Music Series, which is pretty much just what it sounds like it would be. Sonic worlds collide and fuse classical with indie, jazz with electronic and listeners with instrumental-only music. In the next week audiences will enjoy the sounds of Do Make Say Think and Beirut from an intimate setting for just such an experience.

How did you come up with the idea for the Wordless Music Series?
The inspiration for the series was twofold. At the time, I had just started a job writing grants and the like for the Chamber Music Society of Lincoln Center. By a strange coincidence of timing, I went through a period of six months or so where I listened to very little other than old recordings of chamber music, instrumental indie rock, and minimal/ambient/experimental electronic music. One day, I asked a colleague what was meant, exactly, by the term "chamber music," and was told that it referred to an art form of music by "small numbers of performers, for a small, intimate, attentive room." This got me to wondering, first, why a lot of the artists I was hearing at places like the Mercury Lounge and the Bowery Ballroom couldn't be considered "chamber music"; and second, why a lot of the people at these shows seemed to know all about Radiohead and Bjork but nothing about Bach, or Haydn, or Stravinsky, when all of them seemed (at least to me) to have so much to say to each other. A year later, Wordless Music remains very much a chamber music series, with the underlying idea that people who like one or more of these different schools of "chamber music" would probably find something of interest in the others.

What would be your dream lineup for the series?
If only for the mental image, let's say an all-day festival with sets from Sigur Ros, the L.A. Philharmonic, Aphex Twin, the Steve Reich Ensemble, Rhys Chatham, Pierre-Laurent Aimard, the Boredoms, David Bowie, Hilary Hahn, Brian Eno, Martha Argerich, Squarepusher, the Arditti and Kronos Quartets, My Bloody Valentine, Brad Mehldau, Wire, and New Order. Oh, and maybe Pink Floyd and Godspeed You Black Emperor. But that's it.

Who's been your favorite performer so far?
Particular highlights that stand out for me are our concerts with Explosions in the Sky, Andrew Bird's first-ever solo violin-and-whistling recital, and - maybe most of all - a night of musicians and bands from Toronto in March, which ended with a group of 15 or so classical, rock, and jazz musicians playing Terry Riley's wonderful "In C."

Do you match the venues with the performance?
Yes. For the second season of Wordless Music we will be doing shows at four different spaces in Manhattan and Brooklyn, the smallest being a 300-capacity church at Lincoln Center and the others slightly unconventional churches and a temple seating around 800. Also for the first time this season, Wordless Music will be doing shows outside of New York City, with a kick-off in late September at the Southern Theater in Minneapolis.

What would be your ideal venue for a Wordless show?
Carnegie Hall would be nice, but is painfully, breathtakingly expensive.

Do you have a favorite New York celebrity sighting or encounter?
Standing a few feet away from Lou Reed, Laurie Anderson, and David Byrne at one of the Arcade Fire shows in February at Judson Church.

Please share your strangest "only in New York " story.
See above.

Which New Yorker do you most admire?
All of us in the New York music community are fortunate to have musical omnivores like Alex Ross, Steve Smith, and Bill Bragin around.

Given the opportunity, how would you change New York?
Lower rents and cost of living would be nice.

Under what circumstance have you thought about leaving New York?
Extraordinary rendition and/or natural disaster.

What's the best subway line?
It's tough to see how it could be called the "best" at anything, but I'm always happy to see the F train. There's a reason Mike Doughty wrote a song called "Thank You, Lord, for Sending Me the F Train."

Best cheap eats in the city.
I am a loyal partisan of the little Chinese takeout place (Ling Ling Young) around the corner from me on Henry Street in Carroll Gardens. I'm also fond of Taqueria la Mexicana on the Upper West Side and Topaz Thai restaurant in midtown.

Best venue to see music.
Depending on the night, Carnegie Hall or the Mercury Lounge.