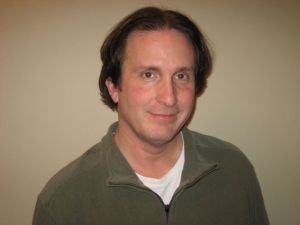 Writer/director Robert Tinnell has sifted through his fond childhood memories of big Italian Christmas gatherings and emerged with a unique fusion of comic book and cookbook called The Feast of the Seven Fishes. Originally a popular internet comic, the humorously fictional book is inspired by the Italian Christmas Eve tradition involving big seafood dinners and lots of red wine. (The book's boisterous familial storyline will also be adapted into a feature length film of the same name.) This week Tinnell will be in town signing copies; on Wednesday he'll be at Ferrara Cafe from 2-5 pm and on Thursday at La Lanterna di Vittorio from 12-3 pm. There will be food; those who can't make the signing can pick up the book online.

Okay, what is the Feast of the Seven Fishes? The Feast, or La Vigilia as it’s known in the old country, is a traditional Christmas Eve seafood dinner, usually served before or after Midnight Mass. The seven is considered to represent the seven sacraments. However, some folks have three, some nine, some thirteen. In our family, given our history of obsessive-compulsive over-achievement, we tend to go beyond thirteen. From what I’ve gleaned, nobody really has a definitive definition or protocol for the Feast.

In my family, at least, we go by dishes as opposed to distinct fish. We generally served: smelt, whiting, baccala, oysters, eel, various calamari dishes and a killer soup whose recipe, unfortunately, died with my great-grandmother.

What inspired you to use this as the subject for a serial narrative? As a kid I took the Feast for granted. It was just this really cool, delicious thing we did on Christmas Eve at my great-grandmother’s house. Then one day I woke up and a whole bunch of older family members were dead and I was left trying to hang on to this marvelous tradition. I even made a short film about it. All the while I thought it would make a great story or movie but for some reason I didn’t pursue it. Once I did, it just sort of took on a life of its own.

Why a comic strip, as opposed to other mediums? I was educated in film and that’s been my adult occupation. But a few years ago a friend who draws comics wanted to adapt something I’d co-written into a graphic novel. That book was moderately successful and opened a lot of doors for me. I’d always been a big comics fan – and at the time was becoming fascinated with the web. So when I had the opportunity to do Feast as a web-comic I went for it. I had originally wanted to do it as a screenplay but my manager told me I was an idiot for even considering the notion. Thankfully I didn’t listen to him. And he’s no longer my manager.

Please share a dramatic incident from your family’s Feast of the Seven Fishes gatherings. My mom hates this story but it’s true. One Christmas Eve when I was in college we were partying pretty hard in my great-grandmother’s basement – we always had the Feast in the basement (she cooked it over a wood stove down there) – and it was packed. Five generations of family plus friends, neighbors, girlfriends – and the wine and beer were flowing and I… nature called, right? So I stepped outside to go and was just hitting my, um, stride, when the church right next door let out from Midnight Mass. Unpleasant.

Tinnell doesn’t sound Italian. What part of the boot is your family from? Tinnell is not Italian. But my father was in fact married to my mother, whose maiden name is Oliverio. The Oliverio’s come from a village called San Giovanni en Fiore in Calabria. We are also known as capo tosta – hard heads.

Have you been to Italy? If so, what’s your favorite part? I have - but not to Calabria. I haven’t seen enough of the country to name a favorite region yet. But I intend to.

What’s your favorite Seven Fishes recipe? Hands down the stuffed calamari in red sauce. It’s a bit labor-intensive but well-worth. You stuff the body cavity of the squid with a mixture of bread crumbs, other fish, and lots of cheese and spices, then bake in a simple red sauce. My wife has added anchovy pasta – sometimes covered in grilled sardines and drizzled with lemon juice and that one is fast-climbing my personal list.

How will the film version adapt the comic? The screenplay sticks very closely to the comic. Some changes of course – particularly at the end. But mainly it just expands on the existing action and characters. The food will be given a lot of attention...

Tell us how great The Feast of the Seven Fishes book is. I’ll hide behind third-party validation - the Eisner Award-nomination for Best Graphic Album Reprint, the great press and reviews and so on. From a personal perspective, I will say that while the book is fiction, it is absolutely true in capturing a time and a place. I think that means something. Plus I love the fact we’re helping to perpetuate a marvelous tradition.

You’re on a book tour now to promote The Feast of the Seven Fishes. What do your New York events have to offer? We have some fantastic New York events lined up including a signing from 2-5pm on the 12th, right in the heart of Little Italy at Ferrara Café (195 Grand Street). This is the first time I've ever signed in Little Italy and we're really excited to be able to spend some quality time at one of New York's oldest establishments. Although I must admit it'll be hard to sign books with the three-layer cookies staring at me from across the store!

The following day we'll be hitting up La Lanterna Caffe (129 MacDougal St.) from 12-3 p.m. for a lunchtime signing. At the heart of my book is a romance, and from what we hear, La Lanterna is one of the most romantic spots in the city – a perfect place to have our event!

There’s a lot of eating planned on this book tour – are you concerned about gaining a lot of weight? I’m married to an Italian girl who cooks as though she were new head chef for the Cartwrights at the Ponderosa - so I’m always worried about putting on weight. But yeah - I plan on doing some eating...

Where are you from originally and where do you live now? Born and raised in north-central West Virginia - but I’ve lived in California, Montreal, Virginia, Maryland and Pennsylvania - with extended stays in Colorado, New York and Massachusetts. I lived in LA for many years but now I’m back in West Virginia. Oddly enough it seems to be enhancing my career. Thank you, broadband.

Is there any place in New York you look forward to going to every time you're here? I used to love a place called, if I remember correctly, Bleecker Street Luncheonette. Can’t vouch for the hipness factor but my God was it good pasta. These days I play Lewis and Clark when I hit town, searching out places I’ve never been before.

How about your wildest "only in New York" story? Honestly, I’ve made such an ass of myself in so many cities and countries it would be hard to single out something as just “New York.” I’m capable of stupidity in so many different locales and cultures. I love the city, though. I’ve had more fun here than just about anywhere. Last year my brother and I were at Comic-con and he took me to a seafood place at Grand Central which in turn led to...wait a minute. My kids might read this. We went to the public library to a lecture. Yeah. That’s it.

Then again there was the time I fell out of a moving cab on 34th Street. You’ll have to ask my friend, Rocco, for the details, as I was...actually, can we just move on?

If you could change one thing about New York City what would it be? My wife Shannon loves how “user-friendly” the city is these days. But I must confess, I miss that dangerous eighties-vibe. Actually, I don’t know how dangerous it really was but as a goof ball kid blowing in from LA to party for a week back then it seemed electric to me. Really loved it.

I remember back after 9/11 talking to friends in West Virginia - people who had never even been to New York - and saying to them, “You don’t realize it, but this is your city.” And I believe that. New York is OUR city. It belongs to all of us in America, in my opinion. I do love it so.

#Arts and Events
#As
#books
#christmas
#christmas eve
#church
#college
#comics
#feastofthesevenfishes
#film
#food
#friends
#history
#internet
#interview
#italian
#midnight mass
#once
#Once I
#roberttinnell
#So I
#Thankfully I
#the feast
#Wednesday
#wine
Do you know the scoop? Send us a Tip
A new Gothamist is coming! We’ve moved comments over to our beta site. Click here to join the conversation and get a preview of our new website.