Recently we met the new towers that are replacing the 5Pointz warehouse. The buildings will house 1,000 apartments, including around 200 affordable housing units, and now site owners Jerry (father) and David (son) Wolkoff say they will also dedicate some wall space to graffiti. 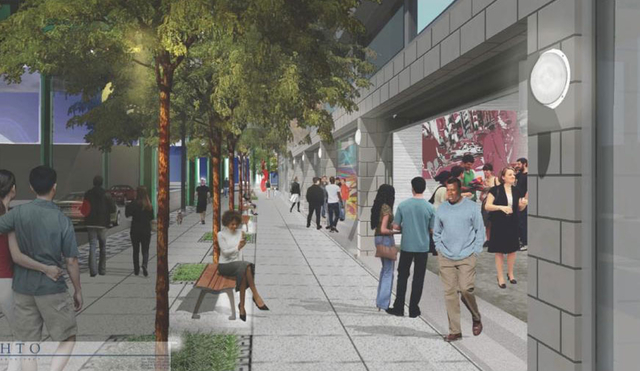 According to the Daily News, there will be "numerous surfaces for artists to paint on, including [a] space along its rear courtyard... which will be open to the public. The new building will feature a 40-by-80-foot edifice above its garage meant to be spray-painted and a separate space for about 20 artists’ studios." David Wolkoff told them, "We’re putting up a wall so they can graffiti it. We’re happy to do it.”

Nothing you'll be able to see from the 7 train... but it's possible when this place first goes up there will be plenty of graffiti on non-dedicated walls, as well.