YES is owned by jointly by the Yankees, Goldman Sachs, and former Nets owner Ray Chambers; Fortune reports that Chambers and Goldman want to cash out and a deal could come as early as the end of summer. The possible list of bidders that Fortune presents include some of the biggest names in media - Cablevision, Comcast, News Corp., and Verizon - and the network could go for $3-3.5 billion. Fortune estimated the value based on the percentage of 2006 revenue ($340.5 million) that translates into cash flow ($136 million) and that other regional sports networks sold for 19 times cash flow. 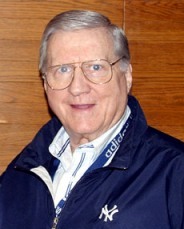 But is YES even up for sale? Yankees president Randy Levine says "Absolutely not," but then admits there's some "testing of the market." A YES board member and a Goldman managing director says, "We're testing the waters with a limited universe of quality buyers. We would consider selling only if we receive a full and fair price."

But what about the Yankees? Hal Steinbrenner says no way, no how, "There's no thought of selling the team. It's been in the family for 35 years, and it's going to stay that way." One source Fortune talked to said a YES sale could ensure the Steinbrenners have enough money to continue owning the team - and for use on future estate taxes, signing free agents and draft picks.

A minority owner says the topic of selling the team "comes up all the time" in conversations, and another limited partner tells Fortune, "If I were handicapping it, I think we're looking at a sale of the team within three or four years." What would the actual team sell for? One banker puts the figure as high as $1.5 billion.