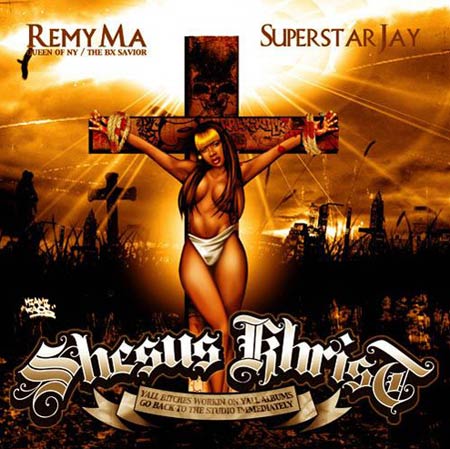 To recap: in the early morning hours this past Saturday, a 23-year-old woman was shot in the Meatpacking District. Later that night Grammy-nominated rap star, and Bronx native, Remy Ma (real name Remy Smith) turned herself in to authorities. Police had sought her for questioning in the shooting and she was arrested on charges of attempted murder, assault and criminal possession of a weapon.

The shooting took place close to Pizza Bar where the group was socializing earlier that evening; police took security footage from the establishment and the owner, Sasha Tcherevkoff, says "We've determined that no physical or verbal altercation whatsoever occurred inside Pizza Bar…We have been told by the officials close to the investigation that the genesis, the start of this altercation, happened outside of our establishment on 8th Avenue and 14th Street and had no connection whatsoever to Pizza Bar.” Remy Ma's SUV was also found in the area, abandoned and involved in a single-car crash.

The victim, Makeda Barnes-Joseph, is in stable condition at a hospital. She frequently babysat for Remy's son, and has identified her as the shooter (saying, "All I heard was the gun go off, I couldn't believe she shot me!") The altercation was over $3000 Remy believed Barnes-Joseph stole from her, thought the victim's father says it was a pre-meditated attack meant to kill his daughter.

In her arraignment yesterday, the 26-year-old rapper pleaded not guilty and the judge set bail at $250K, which she posted last night at 11pm before heading to a BBQ at her house in New Jersey. Her manager, "Big Joe," says that 99% of the time the celebrity is the victim and that this case is about financial gain for Barnes-Joseph. However, Remy's also got her name on some other police reports from her pre-fame days, which was brought up at her arraignment. Four years ago she was accused of firing a loaded gun at a Bronx man's head (but missing), and she was also arrested in 1996 and 1998 (in one case, for "bashing the face of a 15-year-old girl while they both lived in a Bronx homeless shelter").

She also recently found another controversial way into the press with an album cover in which she depicts herself as Shesus Khrist (pictured).