Heartbreakingly, dELiA*s filed bankruptcy last year, but the clothing company is primed to make a comeback on top of a comeback under new ownership, and this time they'll be making clothes for adults. This is a good plan, as adults in 2015 were kids in the 1990s that were in love with the dELiA*s catalog and all of its offerings. Especially anything that looked like something Angela Chase, or Drew Barrymore in Mad Love, would wear. 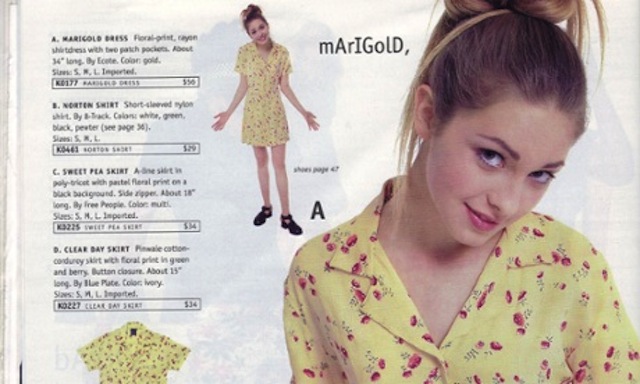 NYLON reports that "Steve Russo, the hero who purchased the brand from the fashion graveyard, says that the brand is 'working on doing a throwback flashback catalog that brings together the old and the new' at the beginning of 2016. And yes, the nostalgia-fueled line will have sizes more suited for adults." He recently told Buzzfeed: “We don’t want to confuse the customer, but we’re working on some things that will make it so older customers can get products for themselves as well … we want to make sure we’re meeting expectations and then do some really fun things.”

The site relaunched earlier this year and is currently still aimed at teens. Is '90s grunge vintage now? :(

#clothing
#comeback
#delia's
#steve russo
Do you know the scoop? Comment below or Send us a Tip