Reflecting On The USMNT's 2014 World Cup Run In Brazil

Imperfect, incomplete and often incredibly frustrating, but driven on by deep, abiding love.

Over the weekend, I departed Brazil after two and a half weeks on the trail of the U.S. national team at the World Cup, and I returned home feeling approximately the same way about the tournament's host nation that I do about Jurgen Klinsmann's squad.

The U.S. bowed out of the tournament on Tuesday, via a painful 2-1 extra-time loss to Belgium that exposed both the fundamental shortcomings of the team Klinsmann built and its deeply compelling spirit.

The postmortems are already well underway throughout the U.S. soccer community, with opinions generally ranging along a spectrum from “Klinsmann did the best he could with what he had” to “new coach, same old missed opportunity.”

The team qualified for the World Cup knockout stages for the second consecutive time-the first time that's happened in the program's history-yet just like South Africa 2010, the team did not summon its best performance in a Round of 16 game where a new level of success seemed tantalizing within reach. 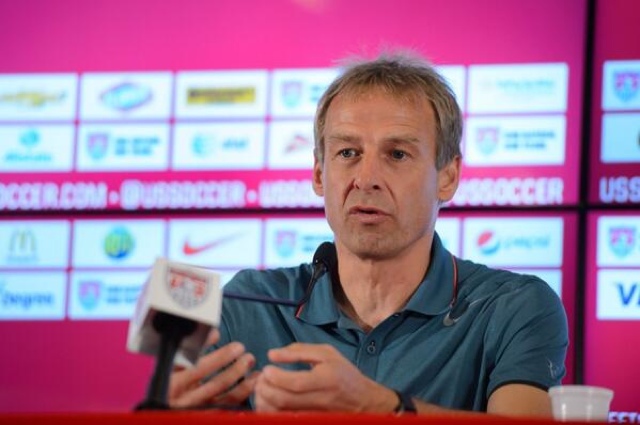 Jurgen Klinsmann after the U.S. was eliminated (US Soccer)

Though Klinsmann made a range of debatable personnel and tactical decisions, his contract had already been renewed well before the tournament began and he is set to lead the USMNT through the next World Cup in 2018-and perhaps beyond. He fell short in the eyes of some, but remains a transcendent figure in the view of U.S. Soccer Federation president Sunil Gulati, and that's the opinion that matters most.

Charmingly, resolutely flawed place that it is, Brazil wasn't quite ready for the World Cup. But it has soldiered on admirably in spite of challenges, doubts and apprehension both at home and abroad. The country was done no favors in that regard by the hectoring suits of FIFA, an organization I discovered to be every bit as unsettling up close as it appears from a distance.

After Brazil won the hosting rights to this event seven years ago, the sport's governing body somehow determined that the “land of soccer” did not possess one single stadium venue meeting the “FIFA standard”—a cliche which has since become a bitter buzzword across Brazil-for hosting World Cup matches. That judgment triggered a mad rush to renovate, or build from scratch, the 12 facilities that are this month's theaters for the planet's most popular sporting spectacle.

All that construction cost Brazil some $3.6 billion—and it didn't all actually get completed, based on the unfinished masonry, mud-choked parking lots and layers of concrete dust I found at all four of the venues I was fortunate enough to experience firsthand.

And that's just one chunk of the nearly $12 billion in public spending that's been forked out in a chaotic but earnest effort to satisfy FIFA, a nonprofit entity flush with billions of dollars in tax-sheltered assets, while more basic needs go badly unmet.

Stadia aside, very little of that cash seemed to have found its way to Natal and Recife, where the streets turned to rivers as the rainy season kicked off in the lead-up to the USA's matches against Ghana and Germany, respectively. The sight of residents wading through thigh-deep water as they attempted to go about their daily lives made the pomp and circumstance of a World Cup match feel absurdly disconnected from reality.

In Recife, the situation was so dire that even one of FIFA's carefully crafted bubbles-which encompass players, media and fans in differing ways-was disrupted. Only a scant few family members of the U.S. team were able to attend the Germany match in person, thanks to gridlocked streets and highways that only allowed one bus to reach Arena Pernambuco from the team's family hotel.

That particular stadium, which was confoundingly built miles outside of Recife proper thanks to political machinations, yet still displaced a few thousand poor residents from their homes, came to epitomize the nagging disconnect between the World Cup and its host nation for me. 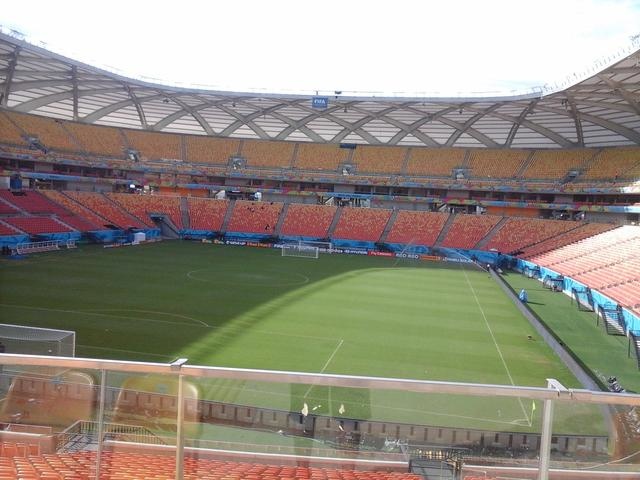 Individually, Brazilians are clearly conflicted about the world party unfolding in their backyards, and uncertain of its legacy. But they were extraordinarily good hosts all the same. In Manaus—where a gorgeous stadium was built at a cost of nearly $300 million for just four Cup matches—and Recife, I stayed in the homes of local residents and experienced gracious hospitality beyond my most optimistic expectations. All were ready to help a stranger in a strange land, and eager to show off the unique charms of their home cities.

Frustrated by FIFA's manipulation and the shortcomings of their own political system, yet enduringly passionate about the game, the Brazilian people found themselves in a fundamentally compromised position and made the best of it. Some took to the streets to protest, others kept their heads down and waited for the World Cup tempest to blow over. A few vowed to express themselves when presidential elections take place this fall.

Brazil, as the famous saying goes, is not for beginners.

Bossa nova icon Antônio Carlos Jobim, the man who wrote “The Girl from Ipanema,” said that. And the rigors and complexities of the World Cup - an event which now takes place alongside its host country rather than truly in it - are similarly daunting for its participants and spectators alike.

When Belgium ended the USA's Cup run, I flashed back to something USMNT star Michael Bradley said after the 2-2 draw with Portugal on June 22. The star midfielder, who labored selflessly in an unfamiliar tactical role in this tournament, had committed a turnover that eventually led to Portugal's last-second equalizer.

“Certainly, the way it ends, you rack your mind thinking, 'Can you do this better, can you do that better?'” Bradley said when asked about the play afterwards. “But the reality is still that, over the course of a game, there's a million of these kind of plays … they go on in the course of a game and there's nothing else to it.

“I put my heart and soul into every game, every time I step on the field. I'm proud of that and proud every time I play, and there are certainly no regrets in my book … We have no choice but to look at the positives and now regroup.”

There are a million ways in which Brazil's World Cup, and the United States' showing in it, could have gone better. But the show went on, with heart and soul.

#brazil
#Charles Boehm
#USMNT
#world cup
#world cup 2014
#worldcupist
#original
Do you know the scoop? Comment below or Send us a Tip