In 1963, the grand old Pennsylvania Station was razed in order to make way for the monstrosity that is Madison Square Garden, and the current Penn Station. It was a dark time for preservationists, who fought to keep the early-1900s Beaux-Arts beauty standing, but it's a moment that led to the creation of the The Landmarks Preservation Commission, which formed in 1965.

Its death, however, didn't get much visual documentation. Aaron Rose was one of the only photographers to capture its slow, crushing fall into rubble, and we've been given permission to share his photos here. The destruction began on October 28th, 1963 as the clock struck 9 a.m., and as "a light rain fell and picketers wearing black armbands watched silently, electric jackhammers began to destroy Penn Station. For the next three years, Penn Station was slowly demolished," the MCNY wrote, "the destruction was brutal and total." 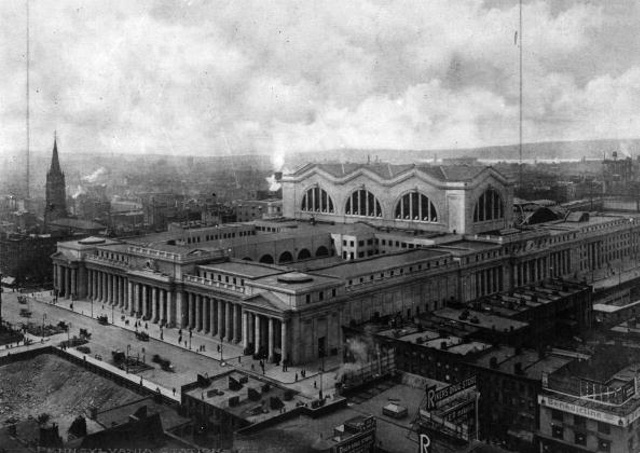 Pennsylvania Station in the 1920s. (Getty)

Below you'll find some more info about the fallen beauty, but the most unusual fact is that you can still find some remains of Pennsylvania Station nearby. Just as original stones tested for Grand Central Terminal are still sitting in Van Cortlandt Park, pieces of the original Pennsylvania Station have landed in Secaucus, NJ. Some remains, including 16-ton decorative eagles and the 84 Doric columns, have been there since the mid-1960s. In 1964, the NY Times printed a huge photo of the wasteland that became home to the building's remains, and wrote:

"Some of the architectural splendor that distinguished the Pennsylvania Railroad Station in New York is now chunks of granite dumped here in the Secaucus Meadows. The Doric granite columns, four feet wide and 35 feet high, that for more than half a century graced the 31st and 33rd Street exteriors of the station are lying in disarray on several acres." 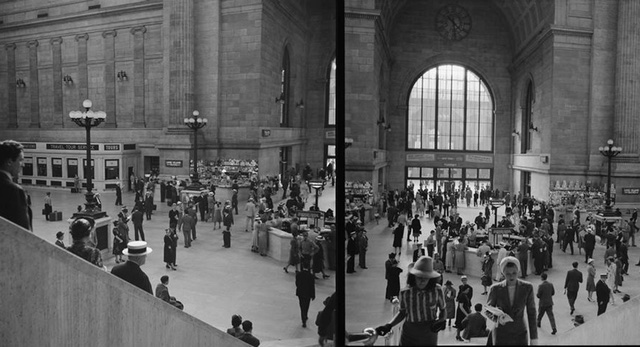 (Photos courtesy of The Museum of the City of New York)

When the dust cleared, this is what happened next: 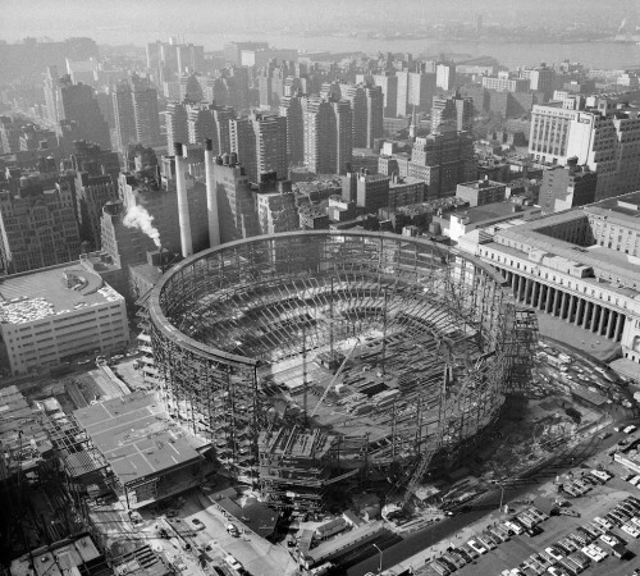 #aaron rose
#architecture
#flashback
#history
#penn station
#pennsylvania station
#original
Do you know the scoop? Comment below or Send us a Tip