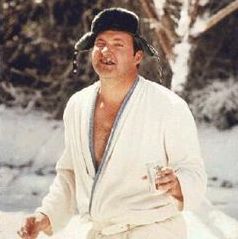 Yesterday we told you all about Randy Quaid being banned for life from Actors’ Equity and fined $81,572 for abusive and lewd behavior during the Seattle production of would-be Broadway musical Lone Star Love. Since then we’ve tried to get a comment on the allegations from Quaid’s wife Evi, who attended the Equity hearing on his behalf and ended up getting into a physical altercation – she says they broke her finger while trying to forcibly bar her entrance, they say she kicked a 76-year-old receptionist in the shins, drawing blood.

Either way, it's still funny. Adding fuel to the fire, our request for comment was met with copies of two letters from Quaid’s lawyers, one they sent to Backstage and another they sent to Post reporter Michael Riedel, who first published the Equity allegations. Here’s the letter to Riedel: 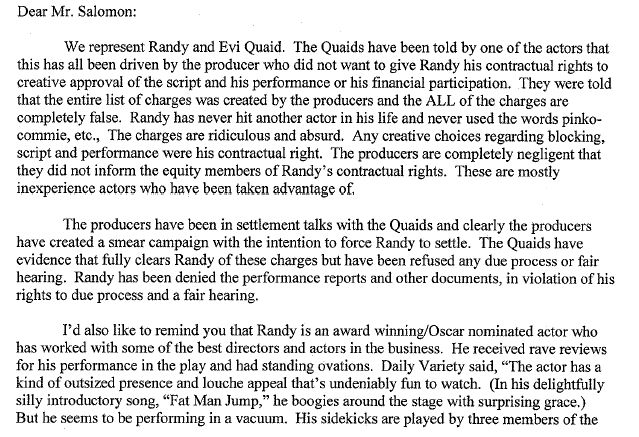