Q: Is Scorsese's Vinyl Good Yet?

The second episode of HBO's Vinyl (which didn't feature 1970s NYC quite as prominently as the pilot) aired last night, a full hour shorter than the premiere and yet it still dragged on slower than Richie Finestra on quaaludes. And yet, despite awful reviews, it has already been renewed for a second season—a decision, no doubt, that has everything to do with the bold-faced names attached to it (this is basically the vanity project of Martin Scorsese and Mick Jagger). 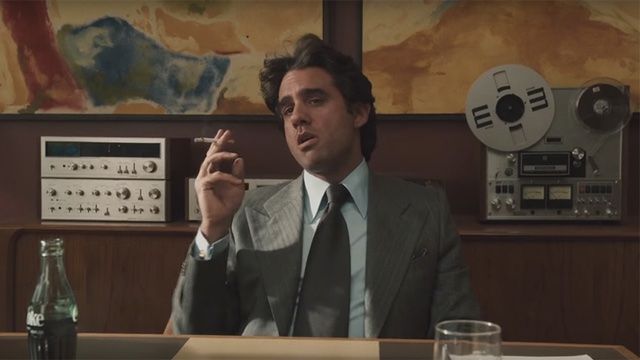 And now, some tweets:

Kurt Loder may hate Vinyl the most out of anyone:

Why has this show already been renewed for S2? Why? Why?

At least it was short. Although not short enough... #vinyl

Rolling Stone thinks the show has a woman problem—"prestige drama's 'wife problem' is an issue of long standing, and giving the females in these bad boys' lives something interesting to do — even if it's constrained by the sexism of the time — is hardly asking the a writers' room to split the atom."

It's only rock & roll — which doesn't excuse #Vinyl from giving its female characters the shaft. Our recap https://t.co/s5klvtzlCn

In other television criticism, The New Yorker's Emily Nussbaum has called the show "disappointing" and compared it to the Hard Rock Café ("chaos for tourists"), but praises Cannavale for his role, calling him "a hairy life force of an actor who improves even misbegotten shows." Cannavale is matched by Ray Romano, who Scorsese didn't even know existed, but is winning over fans for his role.

I'm not sure if this was the intention, but Ray Romano is the most exciting thing about VINYL.

Vinyl in less than 140 characters, and some random not-so-deep thoughts:

Hey I haven't seen any episodes of "Vinyl" but can someone tell me if it's just cocaine snorting and belligerent men? If so nahhh

The sound on #vinylhbo goes from mumbling to screaming so much my volume button is getting worn out.

Vinyl is an awful show...

What's up with the ellipses? Did Scorses's "social media team" come murder Heady Wompus mid-tweet? Anyway, this one man calls it "watchable":

I don't think Vinyl is as bad as people said. Not great, but definitely watchable.

Everything would probably be fine if everyone stopped with the cocaine and screaming, and if they just hired Colin Quinn as music supervisor:

Saw Vinyl. Not bad but they missed the music that CQ was into. https://t.co/D1fF8FEXMl via @YouTube

This should be the theme song for Vinyl. https://t.co/J0xjZqXj0U via @YouTube

#HBO
#vinyl
Do you know the scoop? Comment below or Send us a Tip