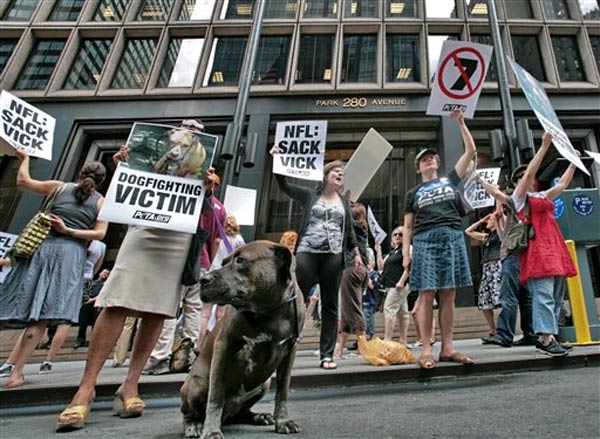 According to the indictment, the defendants were involved in an ongoing animal fighting venture based out of a property located in Smithfield, Virginia, from early 2001 through on or about April 25, 2007. The property was purchased by Vick in June 2001. Since that time, the named defendants formed a dog fighting enterprise known as “Bad Newz Kennels” and used the property for housing and training pit bulls used in dog fights. From at least 2002, the defendants and others sponsored dog fights at the property, where participants and dogs traveled from South Carolina, North Carolina, Maryland, New York, Texas, Alabama, and other states to participate. Generally, only those accompanying the opposing kennels and “Bad Newz Kennels’” associates attended the fights.

For a particular dog fight, the participants would establish a purse for the winning side, ranging from the hundreds to thousands of dollars. Participants and spectators would also place side-bets on the fight. The dog fight would last until the death or surrender of the losing dog. At the end of the fight, the losing dog was sometimes put to death by drowning, hanging, gunshot, electrocution, or another method.

Matthew Brazell of PETA said, "We hope [the NFL] would go ahead and suspend him now. He's not on a field with people who are heroes and role models. He's definitely not that. He shouldn't be associated with [players] who are what their fans expect them to be." Here's PETA's information on how you can tell the NFL to suspend Vick.

However, the NFL is proceeding cautiously and waiting for the legal process to take its course, as well as the players union to weigh in, before acting. An NFL spokesman said, “We agree with [protesters] that dogfighting is cruel, degrading and illegal. The alleged activities are very disturbing and we are extremely disappointed Michael Vick has put himself in this position.”

The NY Times reports that the NFL has been meeting with the ASPCA; "earlier this year, the N.F.L. and the A.S.P.C.A. began working together on public-service announcements and programs to help educate players and the public on treating animals properly." You can see the ASPCA's press release about its partnership with the NFL here: "To support its players, the NFL makes several presentations to its teams each year on a range of issues. This initiative will draw on the ASPCA’s expertise to enhance awareness in the NFL on the proper treatment of animals."

Earlier this year, Disney-owned ESPN ran repeated commercials hyping its Arena Football League by comparing the excitement and intensity of its enclosed field competion to the fury of "two pitbulls locked in a cage."