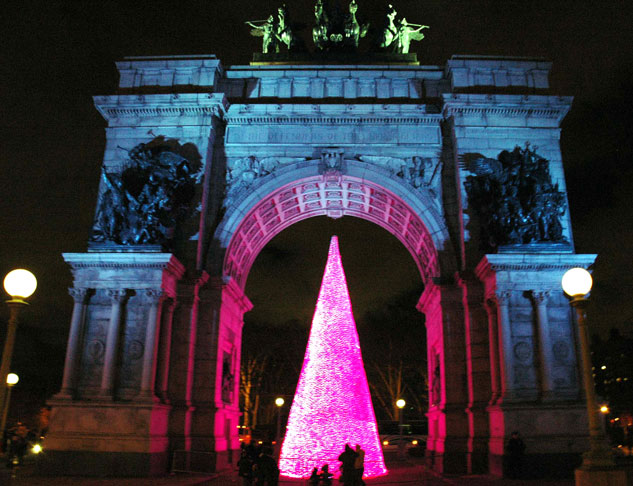 Last year we "oohed" and "ahhed" at Prospect Park in Lights, and as of last night -- the seasonal luminescence is back. And this year, even the pink lights are "green":

Mayor Michael R. Bloomberg tonight flipped the switch on a holiday lighting installation at Grand Army Plaza in Prospect Park. LEDs, energy-efficient and long-lasting lights that are environmentally friendly, are being used to illuminate the Bailey Fountain and a tree underneath the Sailors and Soldiers' Memorial Arch at Grand Army Plaza.

Joining Bloomberg were the Fort Hamilton Marching Band, the All City High School Choir and Marty Markowitz, who said, "this year the City gives a joyous gift to the environment as well, by using a spectacular 'green' LED display that says with a Brooklyn accent, Happy 'Green' Holidays!" Bloomberg reminded all that this is actually the 2nd year the LED's have been used.

The light "waves" are also back at the fountain this year, creating a frozen water feel (pictured after the jump). Be sure to check it out in person, it'll be up through January 14th (we suppose leaving it up any later would just be tacky). 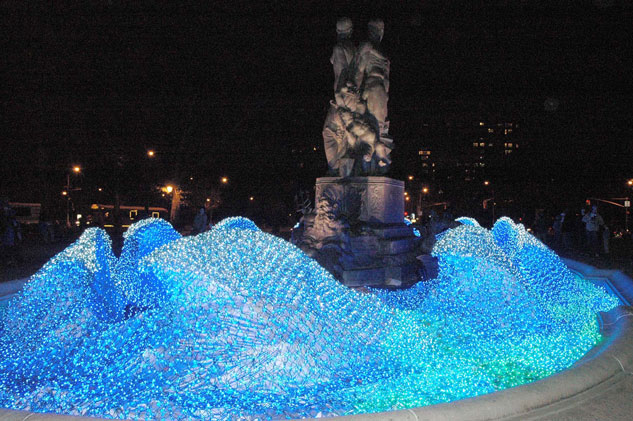