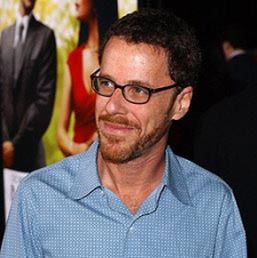 Filmmaker Ethan Coen has left his big brother behind and written three short plays all by himself. Called Almost an Evening, the triptych will be produced by the Atlantic Theater Company with a terrific cast that includes Elizabeth Marvel, who was riveting in Ivo van Hove’s unforgettable revival of Hedda Gabler, and Academy Award winner F. Murray Abraham. The plays “unsuccessfully tackle important questions. In Waiting, someone waits somewhere for quite some time. In Four Benches, a voyage to self-discovery takes a British intelligence agent to steam baths in New York and Texas, and to park benches in the U.S. and U.K. In Debate, cosmic questions are taken up. Not much is learned.” (We have learned that tickets are now on sale.)

Premiering in January, the plays will be performed in the Atlantic’s intimate 99 seat “Stage Two” under the direction of Artistic Director Neil Pepe, who describes them as “incredibly unique and theatrical, and of course, extraordinarily funny and slightly dark.” Of course, this isn’t Ethan’s first foray into theatrical writing – together with Joel he penned the “sound-play” Sawbones, which was given three performances at St. Ann’s Warehouse in 2005. Starring John Goodman and Steve Buscemi, it was part of a double bill with Charlie Kaufman’s hilarious Hope Leaves the Theater, which featured Meryl Streep, Peter Dinklage and Hope Davis. (Using sound effects created live by Foley artists, the plays were later broadcast nationally on Sirius Satellite Radio.)

After ending a three-year drought of Coen films with No Country for Old Men, the brothers seem busy as ever; they just finished shooting their next feature, called Burn After Reading. Speaking to Empire Magazine, the Coens describe it as a comedy “about the CIA, the culture of physical fitness and internet dating.” It stars John Malkovich, Brad Pitt, Frances McDormand, Tilda Swinton and George Clooney, who videotaped this amusing video message to Julia Roberts from a men’s room stall somewhere in Jersey, where the film was shot.