Play It, Sam: Casablanca Piano On The NYC Auction Block Next Month

One of the pianos from Casablanca is going up on the auction block here in New York... but before bidding, let's clear some things up: no one ever says, "Play it again, Sam" in this movie. He is told to "Play it!" He is told to "Play it once, Sam, for old times' sake." And he is told simply, "Play it, Sam." The lines are often misquoted as "Play it again, Sam," which is never uttered in the classic 1942 film. And "it," by the way, is "As Times Goes By," which Sam plays in many scenes:

The piano on the block is the one in the Paris flashback scene, where Humphrey Bogart and Ingrid Bergman are shown leaning on a piano, played by Sam (Dooley Wilson) at a Paris bistro. This one (not the other one, which is at Warner Bros Studio in California): 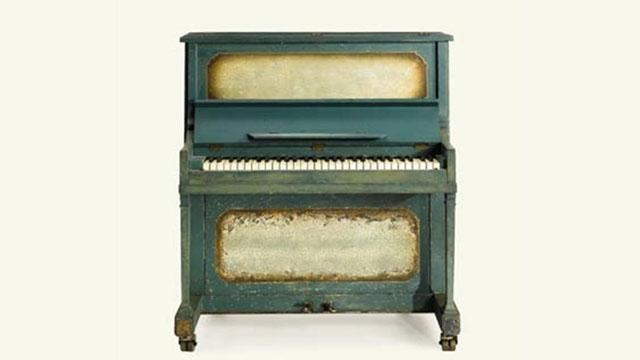