Picture(s) of the Day: Taxidermy in the Slope

As we mentioned last week, this past Friday Union Hall was host to many a dead creature during the 3rd annual Carnivorous Nights -- presented by the venues Secret Science Club. The creatures and their caretakers came out of the woodwork for the event, below are a two-headed calf, a pope squirrel, a sea rabbit and a fiji mermaid. According to the owners of the calf, called Tango, he's the real deal and they purchased him (frozen) from a farmer in Colorado. 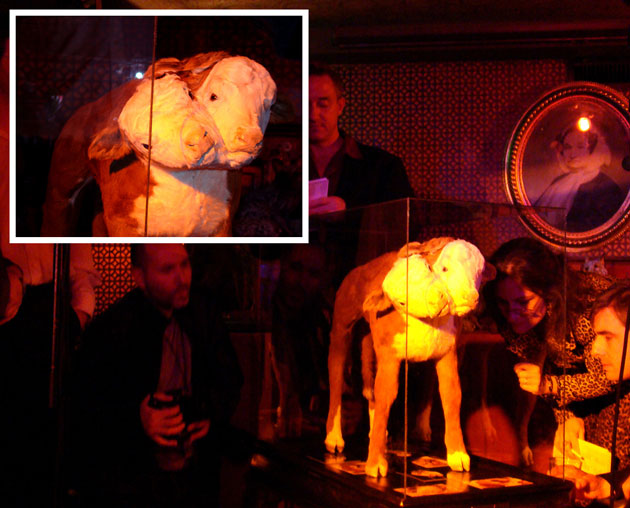 Takeshi Yamada, owner of a lot of these animal anomalies, takes his sea rabbit (called Seara) to Coney Island nearly every day -- check them out at the bottom of this essay. 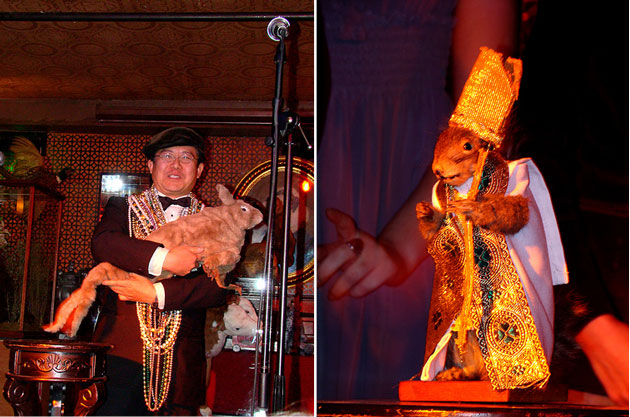 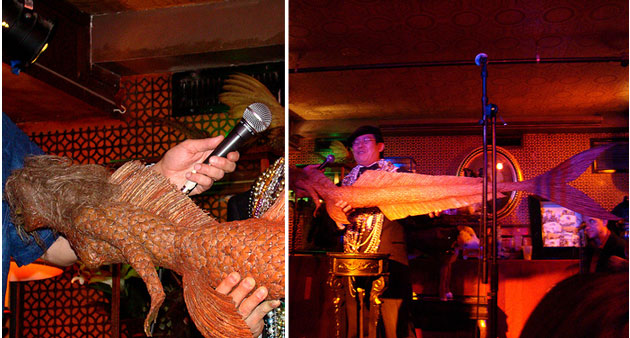 For even more "stuffed animals", check out Richard Barnes photo project, Animal Logic. His shots include animal dioramas in museums during different phases of completion.

#animals
#Arts and Events
#As
#club
#colorado
#coney island
#museums
#Photo of the Day
#photos
#science
#Secret Science Club
#taxidermy
#union hall
#unionhall
Do you know the scoop? Comment below or Send us a Tip
A new Gothamist is coming! We’ve moved comments over to our beta site. Click here to join the conversation and get a preview of our new website.