Photos & Videos Spanning One Of NYC's Toughest Decades: The 1970s The 1970s were a notable rough decade for New York—there was a decline in the quality of life, corruption amongst the NYPD, crime, prostitutes, drugs, urban decay, the blackout and the looting that ensued, there was the Summer of Sam, the Bronx was burning, Nancy died, Sid died, disco persevered. Even the President of the United States was like F U GUYS. 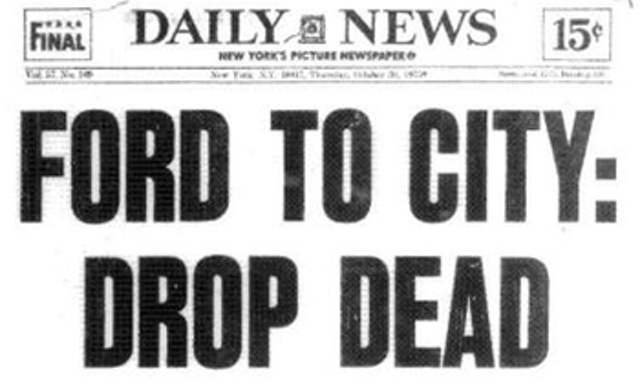 Things weren't great, Bob, but that will never stop nostalgists from looking back with some rose-tinted shades on. And there were some high points—the Twin Towers went up (and Philippe Petit walking that wire in between them), Led Zeppelin played some concerts, color TV became the norm, The Warriors was made, hip hop was being born in a basement in the Bronx. The war in Vietnam finally ended. Above, some photos spanning the decade, and below, some footage.

#1970s
#flashback
#history
#original
Do you know the scoop? Comment below or Send us a Tip