Sipping a cocktail may be about enjoying the moment, but shouldn't you pause to appreciate its origins once in a while? America has a storied past when it comes to mixed drinks, but we owe a lot of the classics to Jerry Thomas, our very first mixologist. He was also the first to write down his recipes, publishing The Bar-Tender's Guide in 1862 and giving us sugar- or salt-rimmed drinks, dramatic flaming cocktails, and maybe even the martini. Not a bad legacy.

Born in upstate New York in 1830, Thomas developed his drink mixing expertise in California, pouring drinks during the gold rush (he also prospected for gold and was a minstrel show performer). He worked all over the United States, including in Chicago, St. Louis, New Orleans and Charleston, and eventually headed back to New York where he operated a few bars. 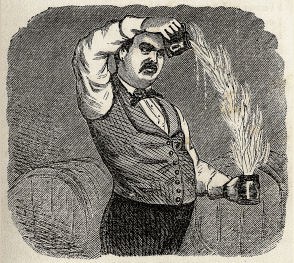 According to the NY Times:

As he wandered, he picked up on the latest developments in the art, inventing new cocktails and building a serious following for his particular blend of craftsmanship and showmanship, epitomized in his signature drink, the Blue Blazer, a pyrotechnic showpiece in which an arc of flame passed back and forth between two mixing glasses. At the Occidental [Hotel in San Francisco], Thomas was earning $100 a week, more than the vice president of the United States

When he returned to New York, he worked as the principal bartender of the Metropolitan Hotel on Broadway and Prince Street (today's fashionable Soho neighborhood). In 1866, he opened what would be his most famous bar in the basement of 935 Broadway, which is now a Restoration Hardware store in the Flatiron District.

Thomas' biographer David Wondrich believes that there should be a plaque honoring Thomas at the store because before Thomas's book, most non-beer drinks were just punches and toddies—and Thomas helped usher in an era of sophisticated mixed drinks.

In spite of his success as a bartender and frequent updates to his book, Thomas eventually went broke (probably from making bad decisions with the stock market) and died of apoplexy in 1885. However his legacy lives on, with recipes like the Cobbler, inspiring generations of mixologists. Milk & Honey head bartender Theo Lieberman shared his variation on Thomas' Cobbler, as well as the Crusta—which has been referred to as an "ancestor" cocktail of the Sidecar and Margarita. You can make these variations yourself—Lieberman took us through the steps and history:

Shake over ice and serve up with a sugar rim. Use a whole lemon twist as garnish. (And here's the original recipe from Jerry Thomas.)

Pour muddled fruit and the spirit mixture into a glass and top with crushed ice. Garnish with fruit and straw. (And here's the original recipe from Jerry Thomas.) 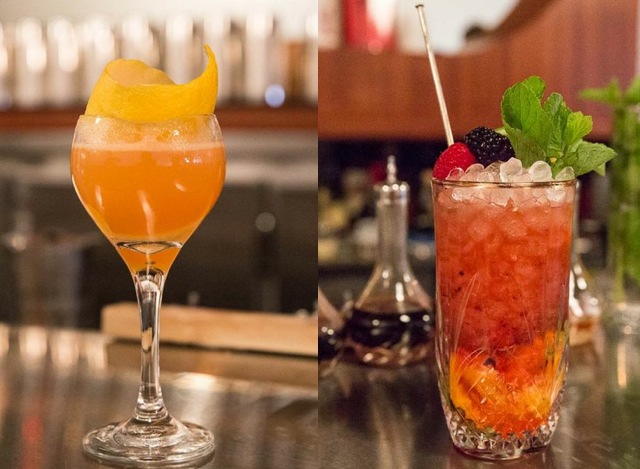 To further slake your thirst, these are some more classic cocktails—as recorded by Jerry Thomas—and their present-day updates: The Gin Cocktail; the Pineapple Julep; Ginger Lemonade; Mint Julep; and Champagne Punch. Enjoy them as you immerse yourself in 1860s New York with BBC America's COPPER, the critically-acclaimed cop drama series. COPPER premieres Sunday, June 23rd at 10/9c only on BBC America—watch a trailer below!

You can also try your hand at solving a real 1865 murder mystery—and winning an iPad Mini—details here.