While the Central Park Zoo's snow leopards sometimes remain frustratingly out-of-sight for visitors, now we at least know why: They have been getting busy. The Wildlife Conservation Society is debuting a pair of snow leopards born to mother Zoe and father Aksai.

The snow leopard cubs, a male and a female, were born in the summer and weigh 30 pounds (they'll grow to between 65 and 120 pounds). LOOK AT THEIR ADORABLE HUGE PAWS!!!

They are the first snow leopards to be born at the Central Park Zoo and they are the second snow leopard births at the WCS this year—the Bronx Zoo has a baby too! 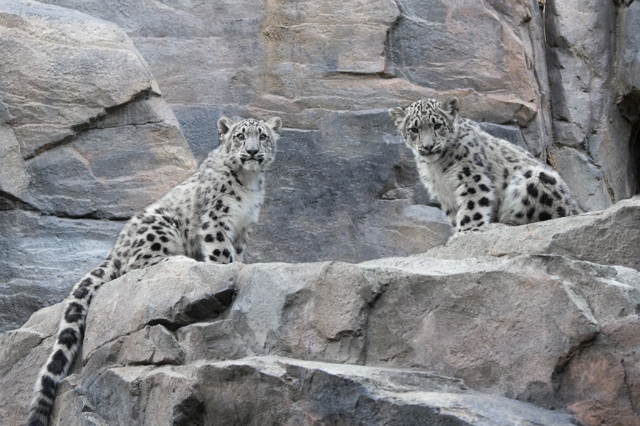 The snow leopards, which are endangered with only 3,500-6,500 remaining in the world, arrived in Central Park in 2009, as a result a gift from supporters Allison and Leonard Stern. The WCS currently has snow leopard conservation programs in the field in Pakistan, Afghanistan, Tajikistan, and western China.

The cubs' time in the exhibit will vary at this point (they are getting acclimated), but the Central Park Zoo is open every day of the year, so you'll have plenty of time to see if you can spot them!