Photos, Video: Phish Brings The Heat To A Wet And Windy Jones Beach

Around 8 o'clock on Friday night I found myself wearing a giant trash bag as I huddled in the cold rain outside Jones Beach Amphitheater. Rapidly deepening puddles had soaked through my shoes, and the whiplash wind off the ocean seemed intent on mocking the life choices that had led me to this moment. I was one of thousands of soggy souls in a massive mob lurching towards a security pat-down—it was a rock snob's worst nightmare, a ritual that launched a thousand clichés. We were about to see Phish, and would you believe I hadn't yet been offered nitrous oxide from a UC Boulder drop-out wielding a geode-tipped scythe?

I guess I understand the rock snob's disdain, to an extent. I hated Phish by association for years, back in the late '80s when I was in junior high and the older preppy hippies at my school were competing to see who could squeeze the most Phish bumper stickers on the backs of their Saabs. I decided early on that whatever bands these entitled burnouts were into just had to be drivel.

But in '91 or '92 I was cruising around Albany in the back of a Volvo station wagon (the Working Man's European Station Wagon) with two friends and a new kid from another school named Greg Phelps, who has since attained a certain fame in the Phish subculture for (among other things) attending just about every goddamn Phish concert since the early '90s. Back then, I just knew him as the kid with the incredibly potent reefer, and when he slipped on a cassette tape he called Amy's Farm, I had no idea it was that ludicrous Phish hippie shit. This was a live recording of a 1991 concert performed for free at a horse farm in Maine, and I found myself enjoying a strange jazz-rock number with a weird falsetto chorus that I later learned to be "Stash," by the Phish from Vermont. It occurred to me that I'd been gleefully making fun of them for years without actually giving their music a chance. 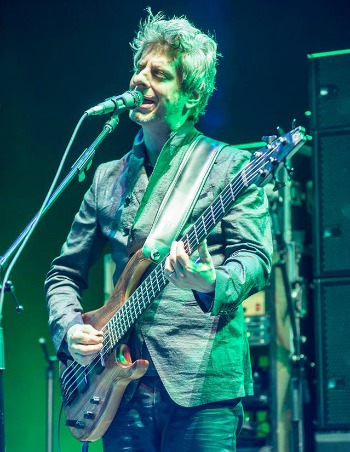 After processing considerable cognitive dissonance, the following December some friends and I drove to Connecticut for what turned out to be a legendary concert at the New Haven Coliseum, where they performed on a stage elaborately designed to look like a giant aquarium. Phish has always had a uniquely theatrical flair—it's no surprise that Anastasio made his Broadway debut this year with a musical adaptation of the documentary Hands on a Hardbody—and when drummer Jon Fishman emerged from behind his massive kit wearing a dress and sang "If I Only Had a Brain" followed by a solo on a vacuum cleaner, I had to admit I was hooked. Maybe it's worth noting that I was sober as a deacon at that show and many others, proving, to myself at least, that it's possible to enjoy a weird semi-psychedelic rock band without any psychedelics.

Phish formed thirty years ago, and it's rare to see a band not only endure this long but also continue to perform so adventurously, and with consistent good humor. They're not for everyone, but when critics smugly dismiss them as the Grateful Dead revisited, or lump them in with The String Cheese Incident, etc., I have to wag the finger. Frontman Trey Anastasio's most inspired early compositions are much more influenced by artists like Zappa, Zeppelin, and King Crimson, and the roots of the band are more prog rock than anything else. The "jam band scene" largely spread after Phish proved that improvisational rock music could find a lucrative audience outside of the mainstream, but Phish was never just a "jam band." 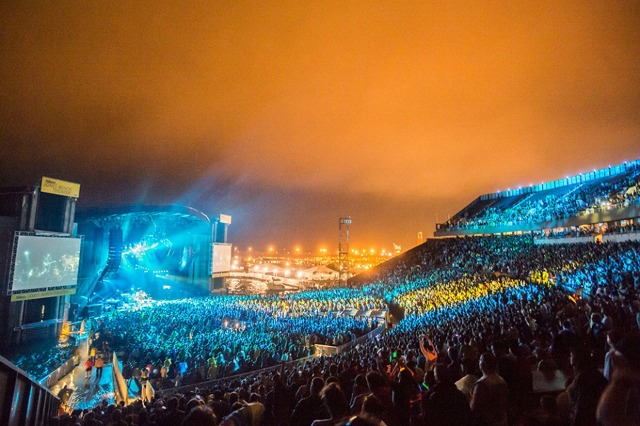 Long story short, if they're in or around town I'll go see them if I can, even if it involves an annoying schlep out to Jones Beach. Back at the venue's security scrum, spirits were high despite the relentless rain, and everyone around me was exceedingly polite and jolly. I've actually found this to be the norm at Phish concerts. The indie rock cognoscenti have always reveled in shitting on their hippie fans, and there is definitely a lot to be lampooned here. But the fans' spirit of conscientiousness toward others is undeniable, and something I really appreciate when I'm packed in with hundreds of other dudes waiting to get frisked by the bouncers.

It is true someone threw cold cuts at me in the Garden last year, and I did see a guy jump/fall from the Jones Beach mezzanine during a Phish set break in 2010. But at any huge rock show, you're always going to have some people who go one toke over the line. I had a big cup of beer dumped quite deliberately on my head at an REM concert. 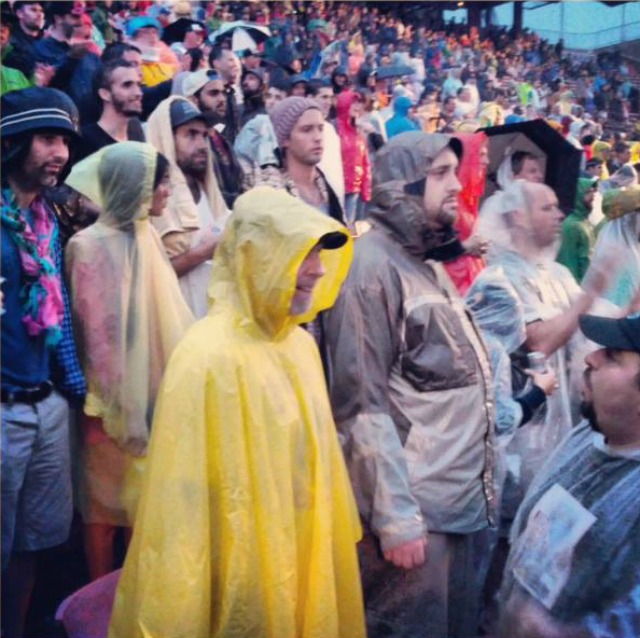 Besides Phish, there are probably a dozen or so still-active bands I'd be willing to stand in the cold rain for. Springsteen, obviously. Radiohead. Fugazi (technically still active!). Beastie Boys (note the correction). Sonic Youth (who knows?). Still, to be honest, on Friday night my complete lack of adequate rain gear or warm clothes did give me pause as I shuffled toward the pat-down in the chilly downpour. But by that point I figured I was already all the way out at Jones Beach, and decided I might as well ride it out, since I certainly couldn't get any wetter.

It was worth it. My ticket was in one of the sections just behind the soundboard, which is the venue's acoustic sweet spot (I refuse to sit up on that mezzanine monstrosity, where the music gets blown out to sea on windy nights), and the sound was magnificently rich. There were questionably slower-paced sections in the first set where I began to wonder how long it's been since Anastasio stood out in the pouring rain for two hours with wet feet, but I was glad to hear them dust off the site-specific 2004 anthem "A Song I Heard the Ocean Sing" and I never get tired of the ripping tension/release '80s rocker "The Sloth." And the closing prog double punch of the Zappa-esque "Reba" and the blistering "David Bowie" made the rain irrelevant.

During set-break I huddled with other dazed and drenched fans in a tunnel under the amphitheater, emerging only when the band returned for a sublimely improvisational second set that began with a nearly twenty-minute long cover of Velvet Underground's "Rock and Roll," which segued seamlessly into a cover of Richard Strauss's "Also Sprach Zarathustra." The rain had finally left us alone by this point, and the band's extraordinary new light rig bathed the stage and amphitheater in soothing aquamarine tones. "Tweezer," a thunderous Phish classic about pleasing a woman with a... well, a tweezer, segued magically into a cover of Talking Heads' "Cities," which settled into an irresistible groove that saw all four guys once again "in the pocket." True, my plastic bag attire and shit-eating grin probably made me look like a walking stereotype, but it was all right. It was just good rock and roll. What's all the fuss about? 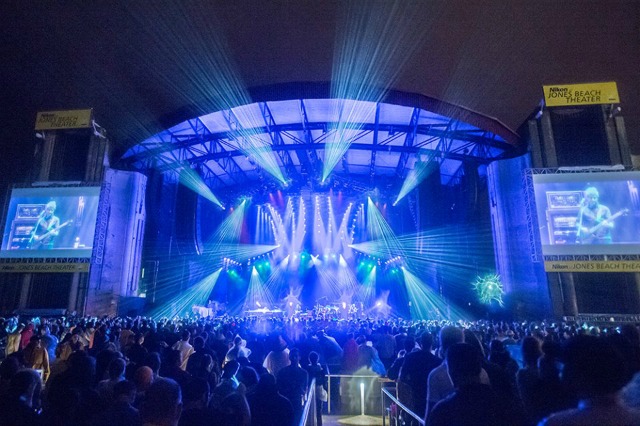 For the full setlist, go here. And if any of this has piqued your curiousity, Phish will be doing a live webcast of their three night stand in Chicago next week. Details here.

#concerts
#jones beach
#phish
#original
Do you know the scoop? Comment below or Send us a Tip