Need some adorable for the end of the day? Take a look at the Bronx Zoo's new California sea lion, who was rescued from the West Coast.

According to the Wildlife Conservation Society, "The female California sea lion showed up on the deck of a seaside bar during a football game." (It was the Super Bowl!) "The pup, which was promptly nicknamed Halftime, was transferred to the Marine Mammal Center in Sausalito, Calif. for care and rehabilitation. This was the third time this sea lion had been stranded. Because she had become so habituated to humans, it was clear that she could not be released back into the wild." 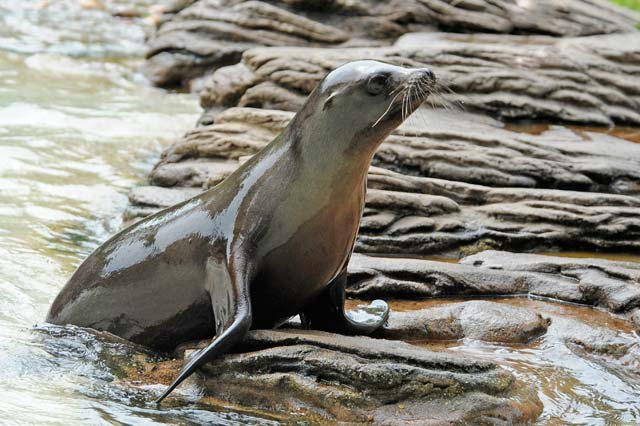 So National Oceanic and Atmospheric Administration contacted the Association of Zoos and Aquariums, which then asked the Bronx Zoo to help find the sea lion a home... which turned out to be in the Bronx! WCS Executive Vice President and Bronx Zoo Director Jim Breheny said, "The new addition to the zoo’s sea lion population is a rare opportunity for the zoo and our visitors. We are able to provide a home for an animal unlikely to survive alone in the wild. Additionally, once mature, this pup will help WCS maintain genetic diversity in our breeding population of sea lions. She will be well cared for in the Bronx and will be an ambassador for the species by helping us teach zoo visitors about wildlife and conservation." Plus, she's cute!

There are a total of 18 sea lions at WCS zoos (eight males, 10 females) and Halftime is joining the one male and three females at the Bronx Zoo. You can see her and her pals at the Astor Court when they have enrichment and training at 11 a.m. and 3 p.m. daily.