Here's what it would look like if a bear were to attack a food cart on the streets of New York City—ehhhhh, where does this guy think he is, Jellystone Park?!

Sure, this bear may not be real depending on your definition of "real", and it may be a marketing tool to sell Greek yogurt, but we still love him, and it all seems real and isn't that what matters? 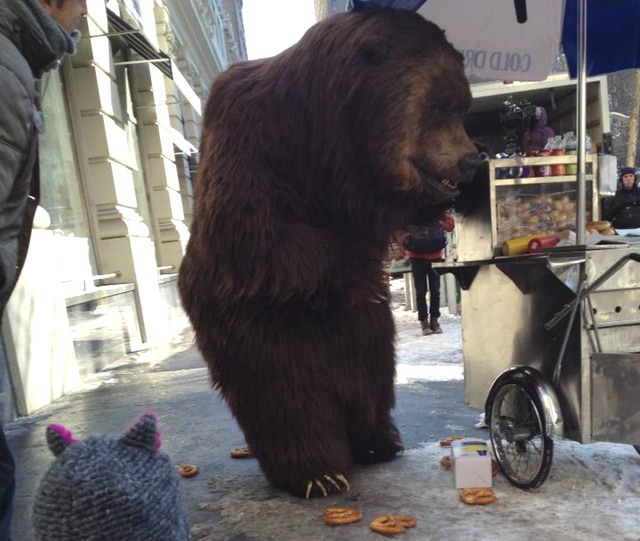 This seems to part of a Chobani campaign that will start with a 60-second ad airing during the third quarter of the Super Bowl. It was filming near Madison Square Park yesterday.

Of course, back in the 1960s we used real animals—here's the Dreyfus Fund using a real lion in their ad, shown emerging from the subway and casually walking around the city: