Cute animal news! The Wildlife Conservation Society’s Bronx Zoo has just announced the hatching of an extremely rare turtle species. Five Chinese yellow-headed box turtles, one of the 25 most critically endangered turtle species, are the newest members of the Bronx Zoo family. There are fewer than 150 of them remaining in the wild—their population collapsed due to human consumption, use in traditional medicine, pollution, habitat loss, and pet trade—and this is part of WCS's strategy to save some of the most endangered turtle species in the world. Here's footage of them strolling around in an adorably slow fashion, as turtles do:

The Curator of Herpetology at the Zoo, Don Boyer, commented on their creation, saying: "The biology of the species requires the adults to hibernate prior to breeding. We carefully monitor the environment and gradually reduce the temperature in order to induce a natural state of hibernation. Following hibernation, turtle pairs are introduced and carefully monitored to watch for evidence of courtship and breeding activities." 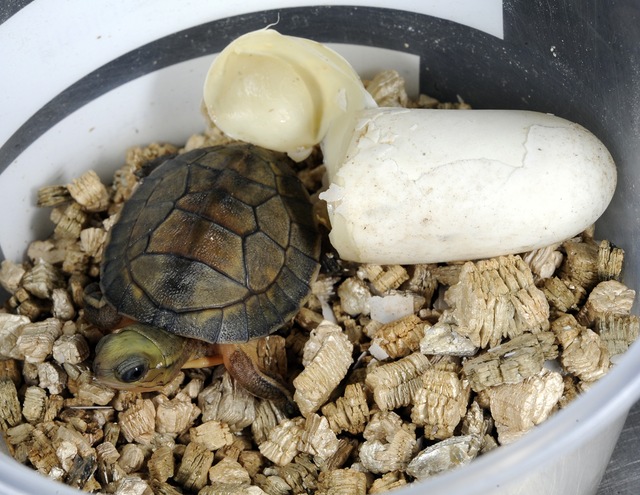