Photos: Twinkies And Flowers Outside Of Ghostbusters Firehouse As Tribute To Harold Ramis

A small memorial to the beloved actor/director/writer/comedian Harold Ramis has been placed at the 8th Hook and Ladder firehouse in TriBeCa. Candles, flowers, and a package of Twinkies were laid out in front of the firehouse to commemorate Ramis' iconic role as Dr. Egon Spengler in Ghostbusters, which was filmed there. 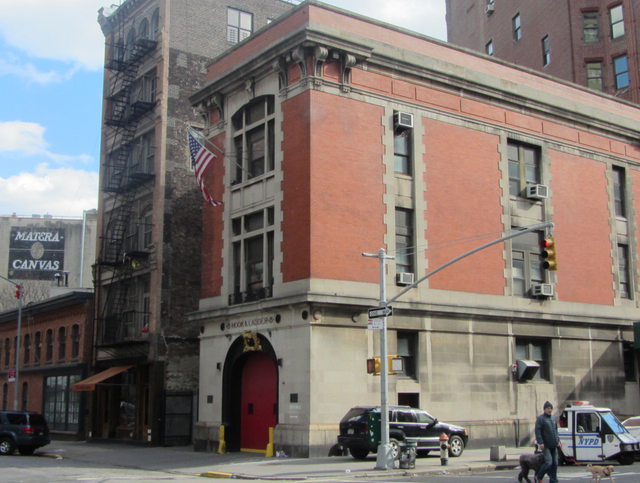 The scene at the firehouse. (Ben Miller/Gothamist)

Meanwhile, Dan Aykroyd, one of Ramis's Ghostbusters costars, remembered him on Twitter:

Deeply saddened to hear of the passing of my brilliant, gifted, funny friend, co-writer/performer and teacher Harold Ramis.

May he now get the answers he was always seeking.

#ghostbusters
#harold ramis
#memorial
#original
Do you know the scoop? Comment below or Send us a Tip