When you're traveling via subway with a number of parcels, you have to play something that we like to call Subway Tetris. This is where you try to fit your body and all of your crap into one seat and some surrounding space in the most efficient way, and in a way that will inconvenience the fewest number of people.

Tourists are awful at Subway Tetris. Below, witness a man we will refer to as Tourist Tom, today's bad subway etiquette mascot. 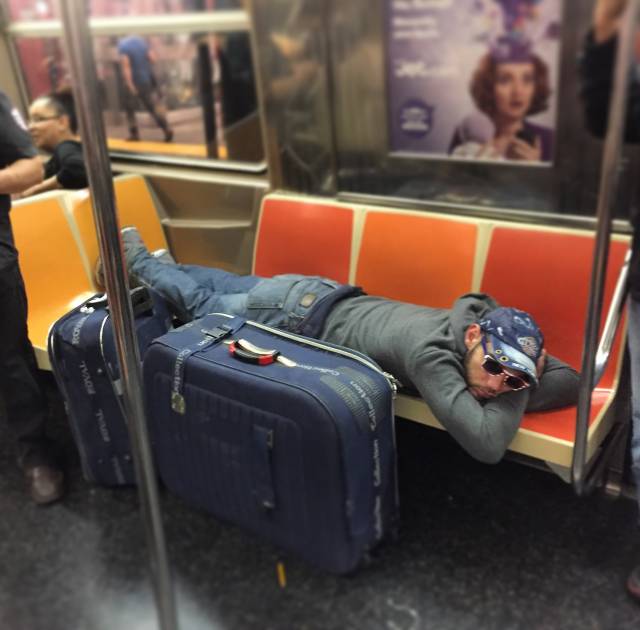 Tourist Tom probably had a long day, which we will assume involved waking up late, checking out of a hotel in Midtown that he had a Groupon for, grabbing a hangover cure at McDonald's, and spending his last remaining hours searching for and eventually procuring the dopest New York City hat that Times Square had to offer. After that, Tourist Tom got on the wrong train to connect him to the train that brings people back to New Jersey, and promptly passed out like he was back at home on his futon.

These photos were taken last night, around 8 p.m., on an uptown B train in Manhattan. Our intrepid tipster, Skip, even got up close to capture the details of everything that Tourist Tom decided to put on his head/face that day. 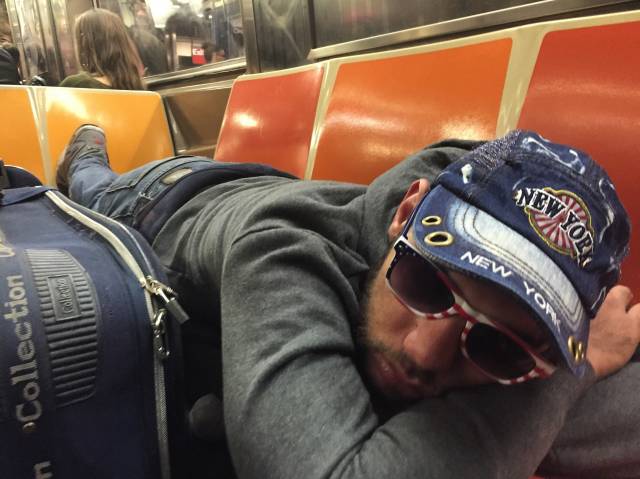 Everyone, don't be a Tourist Tom, perfect your Subway Tetris game.