Now that 5Pointz is history, the Bushwick Collective, a four or five block area centered on Troutman Street near the Jefferson L (some people call it Jefftown), remains one of the city's few large-scale street art showcases, a place where you and tourists galore can check out a wide variety of murals in one place.

Yesterday, the Bushwick Collective hosted their fifth annual summer block party, a blow out affair featuring plenty of live painting, several dozen new murals by an all-star roster of artists, live music, and prodigious amounts of day-drinking at the many boozy spots that have opened in the past few years in the neighborhood. 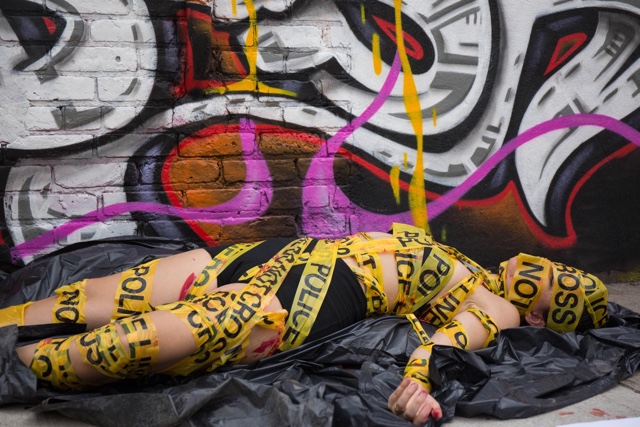 New works by the likes of D*Face, Damien Mitchell, Danielle Mastrion, Lolo, Dasic Fernandez, Plasma Slug, Phetus, Li Hill, Lola Blu, and Case Maclaim had either just been completed when the party began, or were gotten up in front large crowds of bros, hipsters, old-school Bushwickians, Afro-Punks, and tourists. Unsurprisingly, all those fresh colorful murals proved to be an irresistible selfie backdrop for a large segment of the crowd. 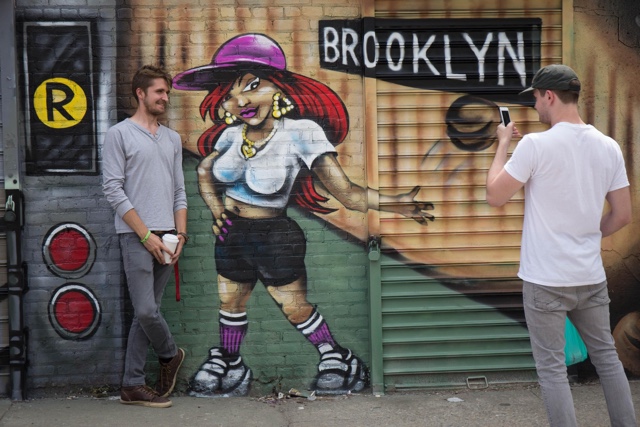 Adding to the festivities were performances by rappers including Jadakiss, Dave East, Chris Rivers, and Lil Waah. There was also a notable increase in the NYPD's presence this year, but the vibe was chill and a good time appeared to be had by all.

Murals at the Bushwick Collective tend to stay up for weeks, months, even years, so you can go see the finished version of some of these works-in-progress at your leisure.

#bushwick collective
#graffiti
#jefftown
#original
Do you know the scoop? Comment below or Send us a Tip