Photos: There's A Showroom Of Gorgeous, Historic Guitars Tucked Out Of Sight In Midtown Hidden four stories above the din of West 28th Street is a much more beautiful type of noise. Bathed in soft lights and steeped in local history, the D'Angelico showroom waits for intrepid guitarists looking to try a fancy new axe on for size.

D'Angelico Guitars was founded on the Lower East Side by John D'Angelico, a music-obsessed craftsman who by the age of 9 was already apprenticing in his great-uncle's violin shop. He started his namesake guitar company in 1932 and opened a shop on Kenmare Street. D'Angelico devoted his life to building archtop-style jazz guitars. Architecture and music-lovers alike relished in D'Angelico's delicate handmade construction and Art Deco-inspired details. The guitars feature elaborate headstock designs and the outline of the Chrysler Building adorns each truss rod cover.

D'Angelico died at the age of 59 and made only 1164 guitars during his entire career, but the brand's trademark has been revived by two New Yorkers, Brenden Cohen and Steve Pisani. The two acquired the trademark in 1999 and set to work building a new showroom in 2010. The result is a gorgeous space filled with elegant guitars, basses, amps, and effect pedals—a guitarist's dream playground. 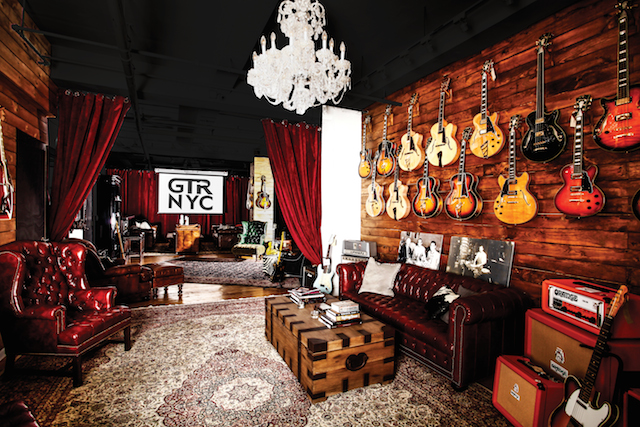 Original models made by D'Angelico himself regularly sell for over $50,000, and several of them are featured in the Met's Early American Guitars exhibit (which ends December 7th!). Eric Clapton recently tasked Cohen and Pisani with building a replica model of his classic D'Angelico for touring, and the company is in talks with blues prodigy Gary Clark, Jr. about possible signature models. 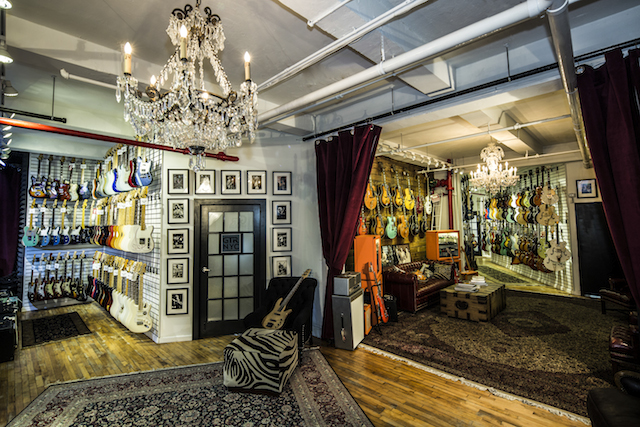 Over the next year the space will shift to feature only D'Angelico guitars, with a few Gibson, Fender, Paul Reed Smith, and Martin guitars on hand solely for reference. The newly reborn company has hit sales north of 5,000 instruments per year, and only has plans to expand. "We had no idea how well it'd take off," Cohen said. "But we've decided to concentrate solely on them." 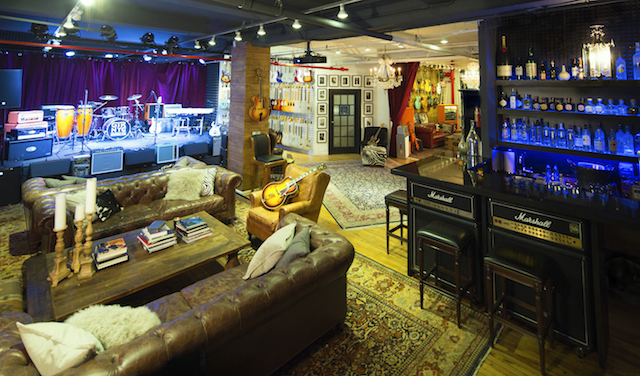 The showroom, located at 141 West 28th Street, is fully open to the public, and a haven for any lover of guitar and bass, with higher-end new D'Angelico models following the exact measurements and materials that its founder used throughout the 30s, 40s, and 50s. While you can find some of the company's models at Sam Ash, Ludlow Guitars, and Guitar Center, this is the best space to sample the sound.

#D'Angelico
#guitars
#John D'Angelico
#showroom
#original
Do you know the scoop? Comment below or Send us a Tip