Photos: The Outer Boroughs In The 1990s This weekend the NYPL will unveil a slew of photos from renowned photographer William Meyers, all shot back in the 1990s. The exhibit (opening on the 27th) features 86 prints that capture the then under-explored areas of Brooklyn, the Bronx, Queens, and Staten Island.

Beginning in 1990, Meyers traveled from his home in Manhattan to random stops throughout the outer boroughs, letting the unfamiliar streets guide his photography. Traversing neighborhoods such as Astoria, Co-Op City, and Bensonhurst, Meyers photographed the intricacies of daily life as he encountered them, filling an important void in the photography of a changing city.

The exhibition is the first time that the complete collection of these photographs (acquired by the Library in 2008) is being displayed. Meyers, who will also be releasing these photographs in a book, says he considers himself "an art photographer, not a documentarian, so when I was working on the project I had no sense of creating a comprehensive record of anything... But when the thousands of pictures I took were edited down [they] acquired a documentary aspect. The outer boroughs have changed so dramatically in the last decade that, to a considerable extent, the city I photographed no longer exists. However, the essence of New York has always been reinvention." 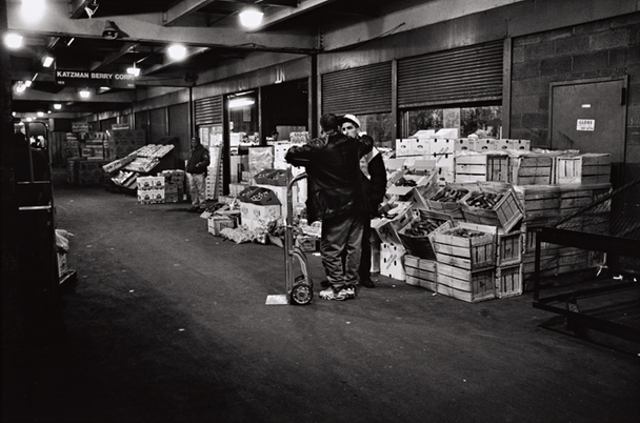 William Meyers: Outer Boroughs opens March 27 at the Library’s Stephen A. Schwarzman Building on 42nd Street. It will run through June 30th.

#1990s
#nypl
#outer boroughs
#William Meyers
#original
Do you know the scoop? Comment below or Send us a Tip
A new Gothamist is coming! We’ve moved comments over to our beta site. Click here to join the conversation and get a preview of our new website.