Photos: The Crazy, Creative Costumes Of The Village Halloween Parade It kind of feels like Halloween has been going on for weeks already this year, but there was no sign of Halloween Fatigue in the West Village last night, where thousands of revelers converged for the annual costume parade.

The 43rd annual Village Halloween Parade featured the usual array of zombies and killers, sexy beasts and cartoon characters, conceptual creations and cultural allusions. The upcoming election proved to be fertile ground for a wide range of costume ideas as well, from Trump walls to Hillary emails, a troupe of suffragettes and a Jill Stein contingent. Gays Against Guns, founded after the mass murder in Orlando this summer, was also out in force, with zombie US legislatures eating NRA money. 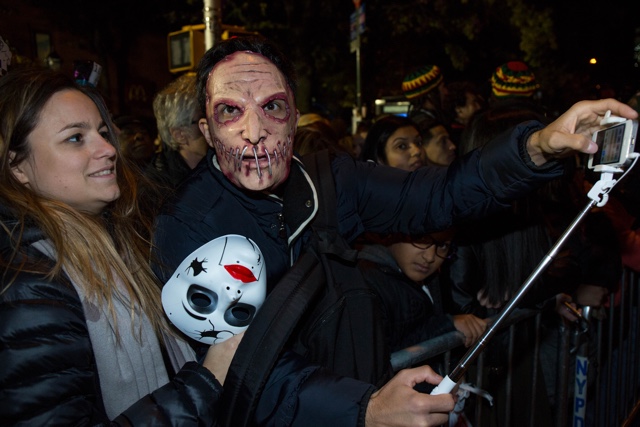 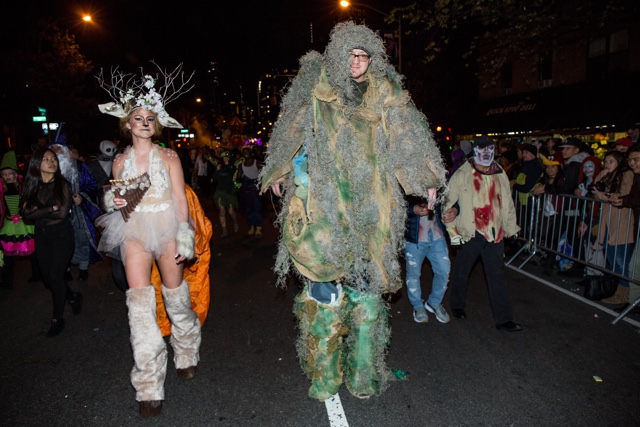 There was also the NYC subway system, with the L line carrying a "Construction ahead" sign:

Most people came to party, and there was dancing all along the route as some 50 different floats blasted out club bangers... and, yes, the Thriller team was also back for another year.

Multiple NYPD units provided a highly visible and vigilant presence throughout the night, though the officers did seem to be enjoying themselves at times. 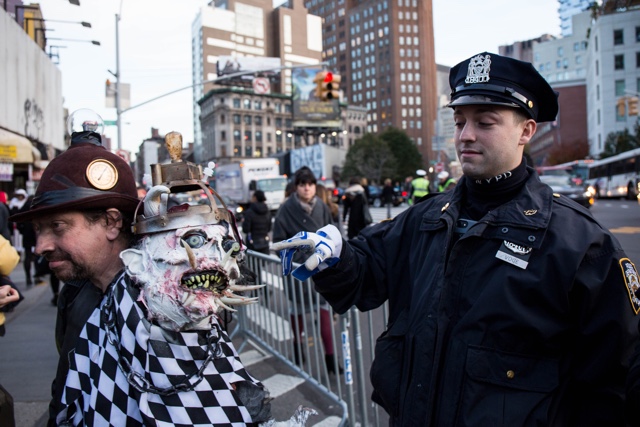 #halloween 2016
#village halloween parade
#original
Do you know the scoop? Comment below or Send us a Tip