Photos: The Blizzard Of 1996 Made NYC An Eerie Ghost Town In January 1996, the East Coast got pummeled with snow—while some areas saw up to four feet, here in NYC we got just under two feet. It was the first time the city's public schools closed due to snow since the 1970s, and some subway lines shut down for two days. Steven Siegel documented the city during the storm, and told us about his experience of shooting when the five boroughs are practically desolate: 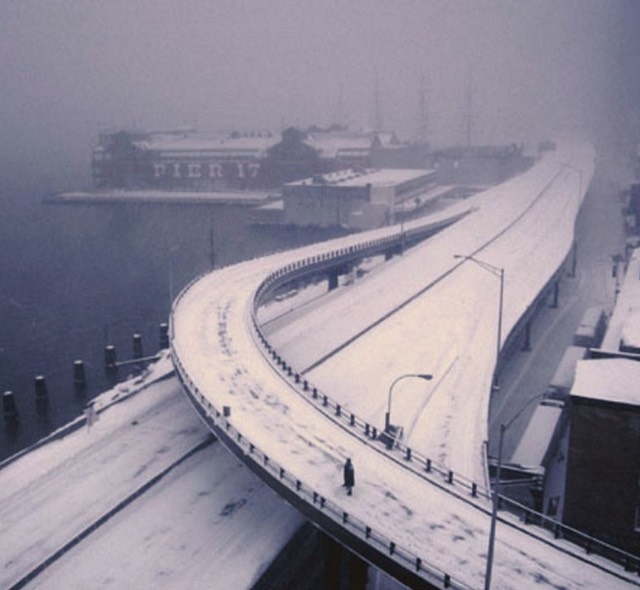 The truth is: New York rarely comes to a complete halt during even the most ferocious blizzard.

Much depends on the timing of the storm. If the blizzard occurs in the middle of the day, then the city is usually as crowded as ever. If, on the other hand, the peak of the blizzard occurs overnight and into the morning, then a great number of people may choose to stay indoors for awhile. When that happens, there is a rare opportunity for photographers to capture "post-apocalyptic" New York snow scenes...

Much depends on the photographer getting to a location at the peak of the storm and before the plow comes through. An unplowed midtown Manhattan avenue is a magical sight... but may last only for a brief period before the next wave of plows come through.

These photos record some of those precious moments.

Even snow storms were cooler back in the day... Here's some video showing the city as it got blanketed in snow: