The largest Halloween parade on the planet proceeded as planned last night in the West Village, the estimated crowd of some two million people undeterred by—or, in some cases, unaware of—the terrorist attack that killed eight people just hours earlier and less than a mile away.

If anything, Sixth Avenue felt more packed with revelers than ever, the entire width of the street often jammed with costumed marchers, and spectators shrieking and laughing more than twelve deep on the sidewalks. 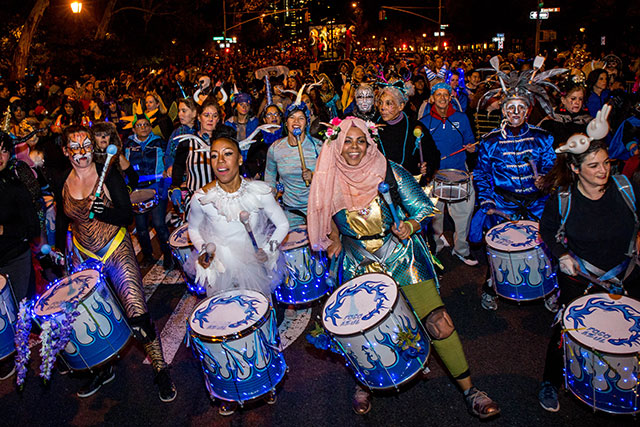 In a press conference after the attack, Mayor Bill de Blasio promised to increase security along the parade route, and NYPD officers were certainly everywhere in evidence. De Blasio and Governor Andrew Cuomo made an appearance in the parade as well, marching a few blocks up near 14th Street. 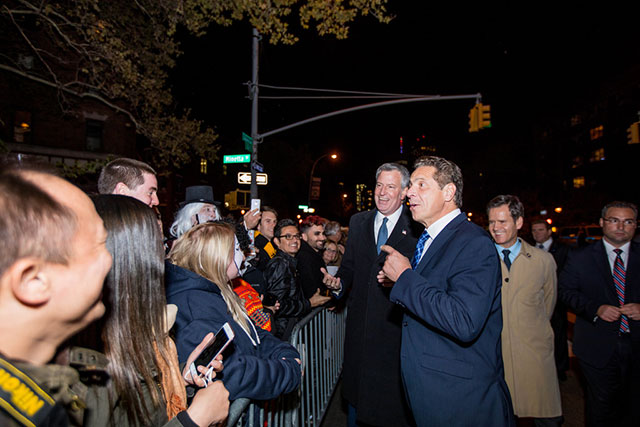 Overall, there was very little about the event that seemed any different than it has the last dozen or so years. Costumes leaned toward the creative and the gruesome, with music blasting from passing floats and marching bands providing plenty of impetus to dance. There were a couple of commercial-sponsored floats and teams throwing freebies to the masses, but for the most part the Village Halloween Parade remains a party of the people.

#greenwich village
#halloween
#village halloween parade
#original
Do you know the scoop? Comment below or Send us a Tip