It's that time of the year again. New York City Comic Con is back at the Javits Center, bringing together tens of thousands of superfans, artists, writers, and actors. The Con opened Thursday and runs through Sunday (tickets are sadly all sold out) and drew in Naruto nuts, Stormtroopers in sky-high wigs, an entire platoon of Captain Americas, Ricks and Mortys, a timely Blade Runner duo, and one entire Ms. Pac-Man crew, complete with color-changing ghosts. 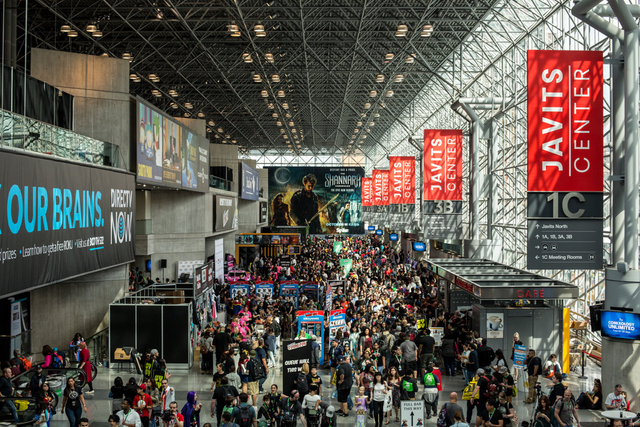 The mood Thursday was decidedly upbeat. Stormtroopers rushed to pose for photos with Spidermen. Harley Quinns with decidedly different looks complimented each others' careful (and expensive) cosplay work. Comic Con may not be for everyone, but it is for anyone willing to nurture their inner child, be a little weird, and have fun. Who could say no to that?

#comic con
#javits center
#new york comic con
#nycc
#original
Do you know the scoop? Comment below or Send us a Tip