Photos: The 1970s, When Central Park Was Flooded With Music & Loose Joints Native New Yorker Robert Iulo has shared some of his photos from the 1970s with us, specifically from Sundays at Bethesda Fountain in Central Park. He tells us:

In the summers of the mid-1970s, on most Sunday afternoons there was a Latin music party at Central Park’s Bethesda Fountain. Jazz station WRVR DJ Rodger Dawson’s Sunday Salsa Show was played on boom boxes strategically placed around the fountain plaza. The music was Salsa and Latin-Jazz, and it worked very well on this improvised sound system.

You could also find small groups of musicians and singers at the plaza edges and on the terrace above. Latino food was cooked on site and available at low cost, so was beer and rum. If you wanted, there were low-limit gambling games and guy’s walking around with trays of one dollar loose joints shouting, “Tabaco suelto.” 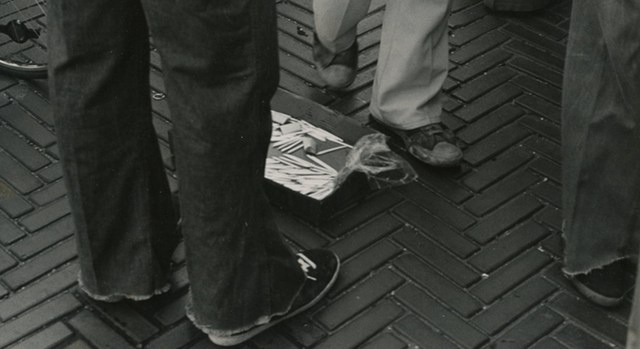 Iulo became a regular on the scene, and started taking photos—these are all from 1976. He tells us, "As often as I was there, and that was very often, I never saw even a minor dispute. It was a very mellow crowd."

There was, however, some complaining. In a July 1976 Letters to the Editor in the NY Times (PDF), resident Robert Makla wrote, "Central Park, vulgarized, each Sunday marijuana sold openly and crowds of hustlers gambling at the Bethesda Fountain; the world-renowned Terrace in near ruins. Why is City Hall asleep?"

#1970s
#flashback
#history
#Robert Iulo
#original
Do you know the scoop? Comment below or Send us a Tip