It's the second year in a row that the curator-driven show has been held in these abandoned offices and hallways above the James A. Farley Post Office near Penn Station, and the no-frills, warrenlike venue has proven to be an excellent one for the often freaky, installation-heavy exhibition.

Spring/Break is now in its fifth iteration, but it hasn't let success and staggering growth—there are nearly 100 curator teams showing their artists' stuff this year—change its provocative, anti-glitz attitude. Nearly every room has something interesting or amusing or surprising or delightful to look at, but a few standouts include:

But that is just the very tip of the crazy-art behemoth that Spring/Break has become. You could easily spend three hours wandering these halls, chatting with the artists and curators, immersing yourself in their sometimes quite disturbing imaginations. 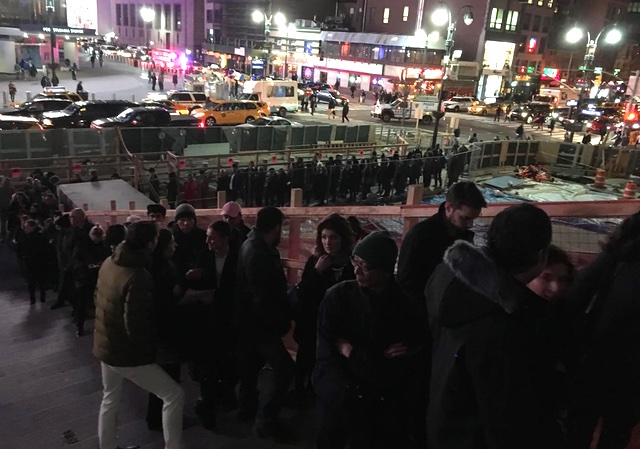 Spring/Break will be held at the Skylight At Moynihan Station, 421 Eighth Avenue near West 31st Street, through Sunday, March 7th. Hours are noon through 8 p.m., except on Sunday when it closes at 6 p.m.. Admission is $10 in advance, $15 at the door.

#armory arts week
#art
#spring break
#spring/break
#original
Do you know the scoop? Comment below or Send us a Tip