On the cover of the August 25th, 1972 issue of LIFE magazine sat Pat Nixon in a private sitting room inside of the White House. The only other person mentioned on the cover was "the young boss of the Reapers," a street gang from the South Bronx. The story, which came out forty years ago this week, followed Eddie Cuevas and his "new style city gang."

The photos, taken by John Shearer, were just republished on LIFE.com, and the photographer recently recalled working on the story: “I visited the neighborhood five or six times, without my camera, just so I could get a feel for that part of the South Bronx. A few times I was approached by Reapers asking me what I was done there, but largely I was left alone.” It was after a random meeting with Cuevas that Shearer was invited to photograph the gang's real lives. He says “Eddie fancied himself something of an artist... He’d designed the Reapers’ colors, for example, and the fact that my dad was the man behind a comic strip that he read every day provided me with my ticket into his world, in a way.” 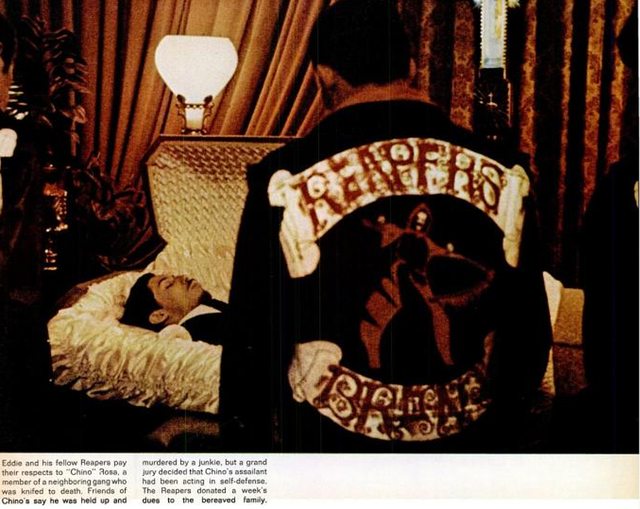 The 20-year-old Cuevas was in charge of the "tough 200-member Bronx street gang," and at the time The Reapers were on the decline, "losing strength steadily to the more glamorous incoming drug culture. But the street gangs have come back in New York and other major cities. They are larger and more dangerous than before, but now drugs are out." One NYPD officer had told LIFE, "Gangs like the Reapers are good and bad. One night they’ll spend two hours helping us look for a rapist, the next they’re out to beat up some civilians.” 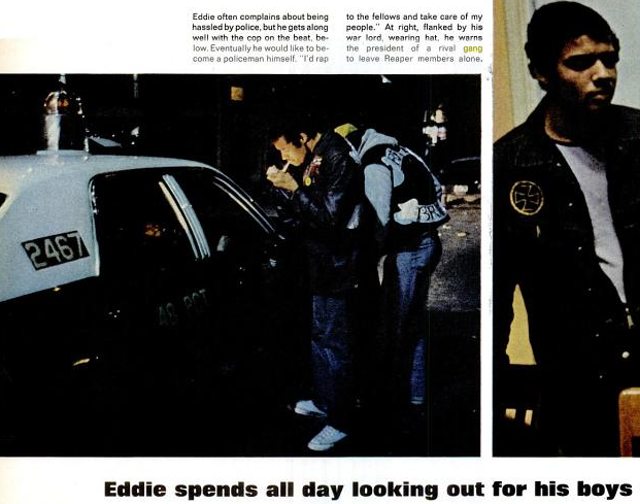 UPDATE: One reader tells us, "Eddie Cuevas eventually became a teaching assistant at IS 167 in the Bronx. I remember he carried around the Life article and was quite an imposing figure."

#Eddie Cuevas
#flashback
#gangs
#history
#life
#the reapers
Do you know the scoop? Comment below or Send us a Tip