The iconic TWA Flight Center has officially reopened its doors, after 18 wasted years sitting in abandonment like a time capsule; a ghost of mid-century past, lurking just outside the airport's Terminal 5, now brought back to life thanks to a lot of money. The TWA project came to be through "an ambitious public-private partnership [that] was assisted by more than $36 million in federal rehabilitation credits and $5 million in state historic tax credits," according to a press release.

And the wonderful news is that the circa-1962 vintage vibe of the Eero Saarinen landmark has remained intact, thanks to a careful restoration and a preservation miracle—the place looks as good as it ever did. And it shall remain so until present-day humans—from bros donning sweatpants to Instagram influencers—ruin it. Which they will.

The complex—known as The TWA Hotel—opened following a ribbon cutting ceremony on Wednesday morning, where Governor Andrew Cuomo was too scared to call the terminal what it is: goddamn sexy.

So what does this sexy new addition to one of the world's worst airports (but one of NYC's best!) mean for you? It means 512 hotel rooms, it means gorgeous lounges, it means rooftop cocktails by the pool, it means good (but still expensive) airport food, it means nostalgia. Here's the rundown: 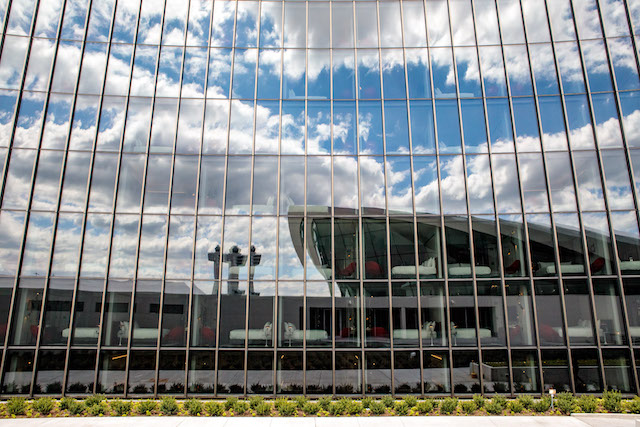 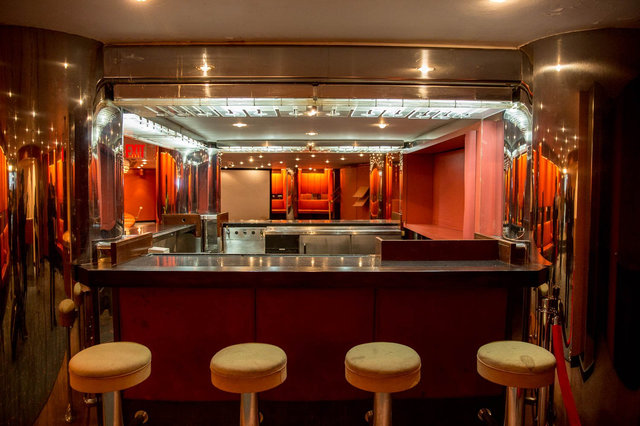 One notable piece missing is the golden, mirrored bar (pictured above) that we spotted in the Flight Center when we managed to get in for a tour in 2015; reps for the TWA Hotel were unable to answer what happened to it and said it may have never even been there (it was). RIP mid-century gem, hopefully you were not tossed into a dumpster.

On the upside, the iconic flight tubes that you may have seen in Catch Me If You Can are reopened, and will offer easy connection to JetBlue's Terminal. And this highlights the most exciting thing about all of this, which is that this great landmark was restored and will be open to all—even if you don't want a pricey dinner or drink or overnight stay, you can take in the historic atmosphere while waiting to run over and board your flight, or do a walk-through after landing.

Of course, you'll be running into Instagram influencers along the way—photographer Tod Seelie attended the press preview this week, and noted that the place was already filled with them. And they've even got spots explicitly made for Instagram, like the "Connie" cockpit, which was designed for selfies. Welcome to 2019, TWA Flight Center.

#hot hotel
#jfk airport
#twa flight center
#twa hotel
#original
Do you know the scoop? Comment below or Send us a Tip