Two sets of red panda cubs, nature's most heartwarming product yet, today make their debut at the Bronx Zoo and Prospect Park Zoo, increasing the "Awww" capital of both locations by roughly 700 percent.

The critters and their staggeringly adorable doll faces were born over the summer, with each pair consisting of a male and female. They can be found gallivanting around the Himalayan Highlands portion of the Bronx Zoo, and along the Discovery Trail at Prospect Park. Red pandas are native to the eastern Himalayas and southwestern China, but are considered a vulnerable species thanks to damage to their habitats from deforestation. 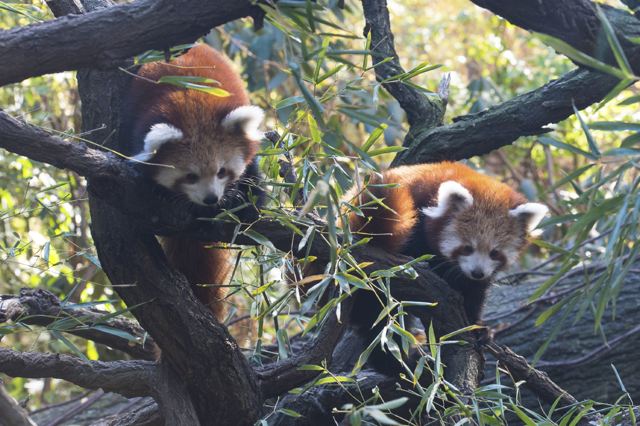 Unlike most babies, the cuteness of red pandas does not decrease with age, as their fur remains robust and fluffy, and their faces the stuff of Wes Anderson fever dreams, until the day they depart this fragile earth.

Authorities have denied repeated requests to let us hold the animals and squeeze them until their eyes pop out, leaving us no choice but to console ourselves with this video, in which a red panda opens a holiday gift.

#bronx zoo
#prospect park zoo
#red panda
#red pandas
#original
Do you know the scoop? Comment below or Send us a Tip