The largest Pride parade on the planet turned a big chunk of Manhattan into a rainbow-draped celebration of the LGBTQ community yesterday, as some 30,000 marchers and at least 1.6 million spectators (the number might be closer to 2 million) filled the streets along the approximately two-mile route. 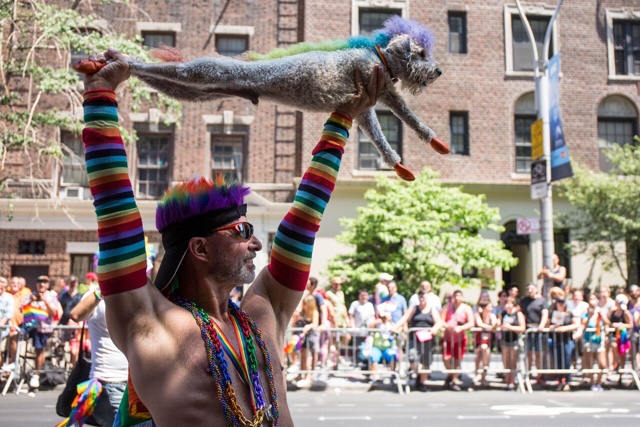 There were plenty of politicians, of course, including the presumptive Democratic nominee Hillary Clinton, Governor Andrew Cuomo, and Mayor Bill de Blasio. Dozens of big corporate "Logo Floats" were also prevalent, as well as representatives from the NYPD, the FDNY, and the FBI. Non-profits, religious groups, schools, and community health centers were amply represented among the 350 scheduled contingents. 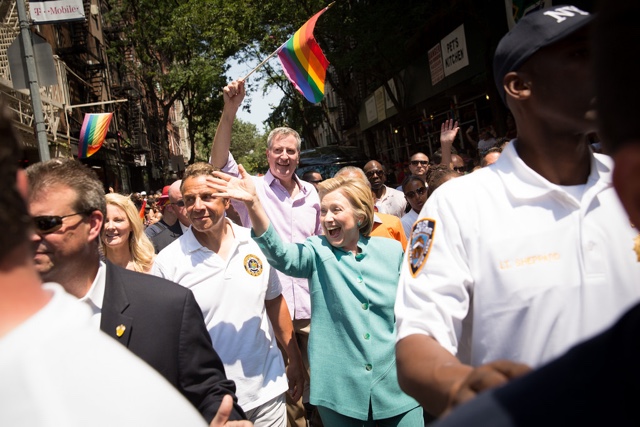 But the best, most genuine moments of the long day came from independent crews, such as the large Gays Against Guns group (GAG the NRA!) who staged die-ins throughout the route behind a massive banner that read Republican Hate Kills. Overall, there was a definite undercurrent of sadness to the festivities, unlike last year's explosively joyous march, which came right on the heels of the Supreme Court's decision that made gay marriage legal nationwide. 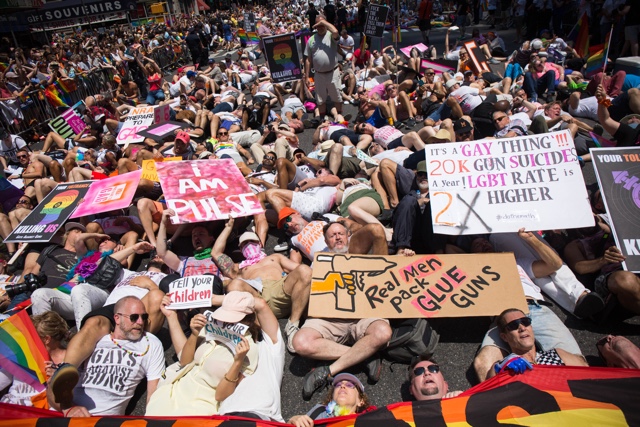 On a much sexier note, Bushwick's House of Yes brought the party to Manhattan with an towering ship-like vehicle and legions of half-naked dancers. Cast members from Orange Is the New Black prompted adoring shrieks as they passed each new batch of spectators. And gay club classics blasted from nearly every float, keeping the massive crowds bouncing.