Photos: One Of These Men Could Be Banksy Today Twitter user @DjJonHenry transmitted a series of photos over the platform directed at our website, other online outlets, and the New York dailies, declaring: "I found Banksy."

What he definitely found is the elusive street artist's warehouse, which he's using while in town for his open-air month-long residency. It's located in Red Hook and is at the very least housing all of his trucks—the Sirens of the Lambs and the waterfall truck were both there. But was Banksy really amongst the crew he spotted?

He tells us he "walked up and asked the guys a few questions. They didn't wanna talk to me just said they don't know anything. The guy on top was directing the guys what to do... Had an English accent. I frequent the warehouse once a week [and] asked the guys I know there—they said [Banksy's crew] had been there everyday." He believes the man on top of the truck in the hat is Banksy, but according to our in-house expert Jake Dobkin those guys on top of the truck are most certainly not Banksy. However, maybe that guy down on the ground is—he seems to match up with the previous alleged photos that have surfaced of him. 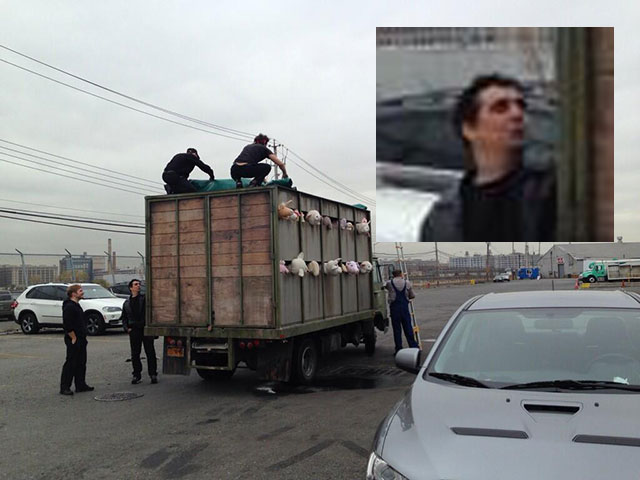 The question is: do we really want Banksy unmasked? Wouldn't that kill some of the magic? Let's all take a breath and think about this. 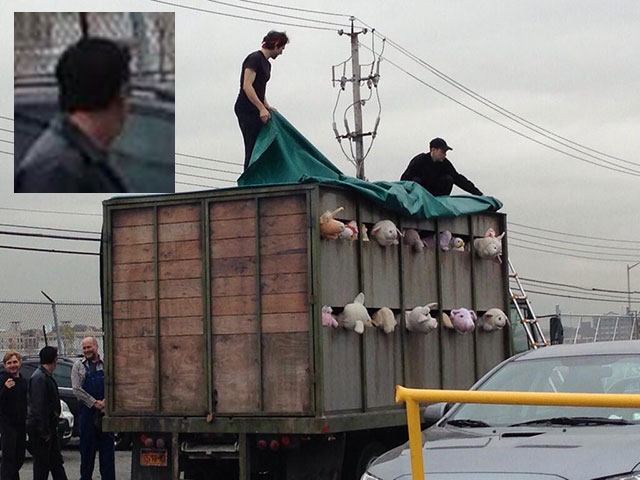 #banksy
#red hook
#warehouse
Do you know the scoop? Comment below or Send us a Tip