As we learned a couple of years ago, an old movie theater had been hiding out of sight on Avenue A, between 6th and 7th streets, for decades. The theater closed in 1959, and the building eventually housed a bodega, but now the whole thing is being demolished for a residential building. Back in 2012, photographer Kevin Shea Adams got inside to document the state of the theater, which was abandoned except for a few items the bodega below was storing inside. Here's what it looked like then: 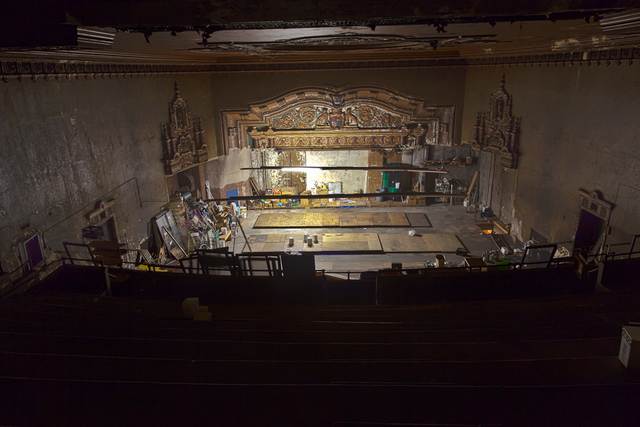 Today, EV Grieve has posted photos showing its current state, noting that demolition is slow-moving, having started last November. At the moment it looks like an old open-air Shakespearean theater: 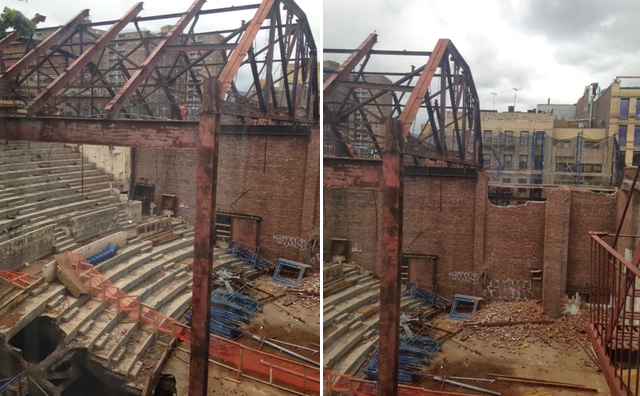 According to Cinema Treasures, the RKO-operated theater opened in 1926, and the bodega had been situated in the area where the lobby once was. You can see more of Kevin Shea Adams's 2012 photos here.