The Occupy Halloween parade ("because the 1% shouldn't get all the candy") went down on Wall Street earlier this morning, and our photographer Katie Sokoler was on the scene. She tells us there were about 22 protesters dressed up as both heroes and villains, with a fake Fox News team on hand as well. The event was essentially a photo op for press (they even had a storyboard), with "more cameras than heroes! They only walked a few blocks and stopped to pose at different buildings." Click through for photos of the working class superheroes, who will also be marching in the big Village Halloween Parade later this evening. Here's a list of characters: 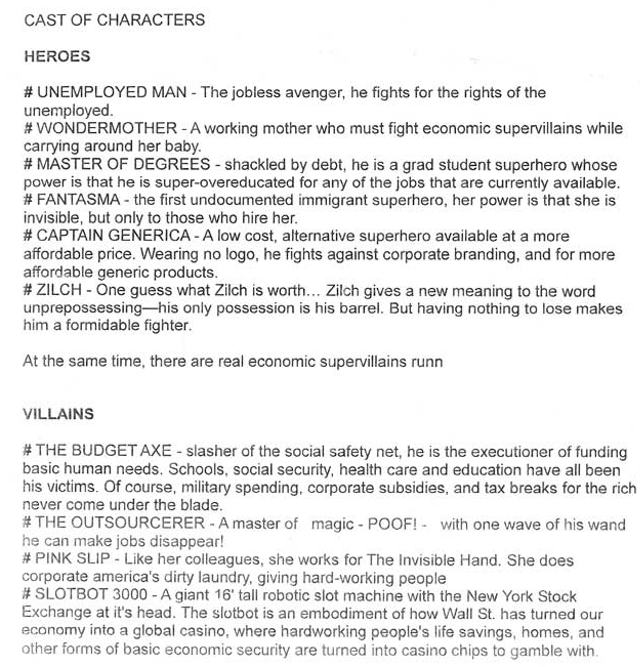